When do New Publish users upgrade?

In this analysis we will explore the rates at which existing users upgrade to paid plans in New Publish and Buffer Classic, and how long they take to do it.

The rate at which new users upgrade to Pro plans is higher for users of Buffer Classic, and this difference grows as the number of days since being put on the experiment increases, i.e. the gap between the upgrade rates is wider at day 7 than it is at day 1.

We’ll collect the data from Redshift with the query below. We’ll only look at existing users that were put on New Publish on or after February 6, the date we increased the rollout percentage to New Publish.

There are around 131 thousand users in this dataset. Now we’re ready to do some exploratory analysis.

Let’s calculate the proportion of users that upgraded to a paid plan at some point. 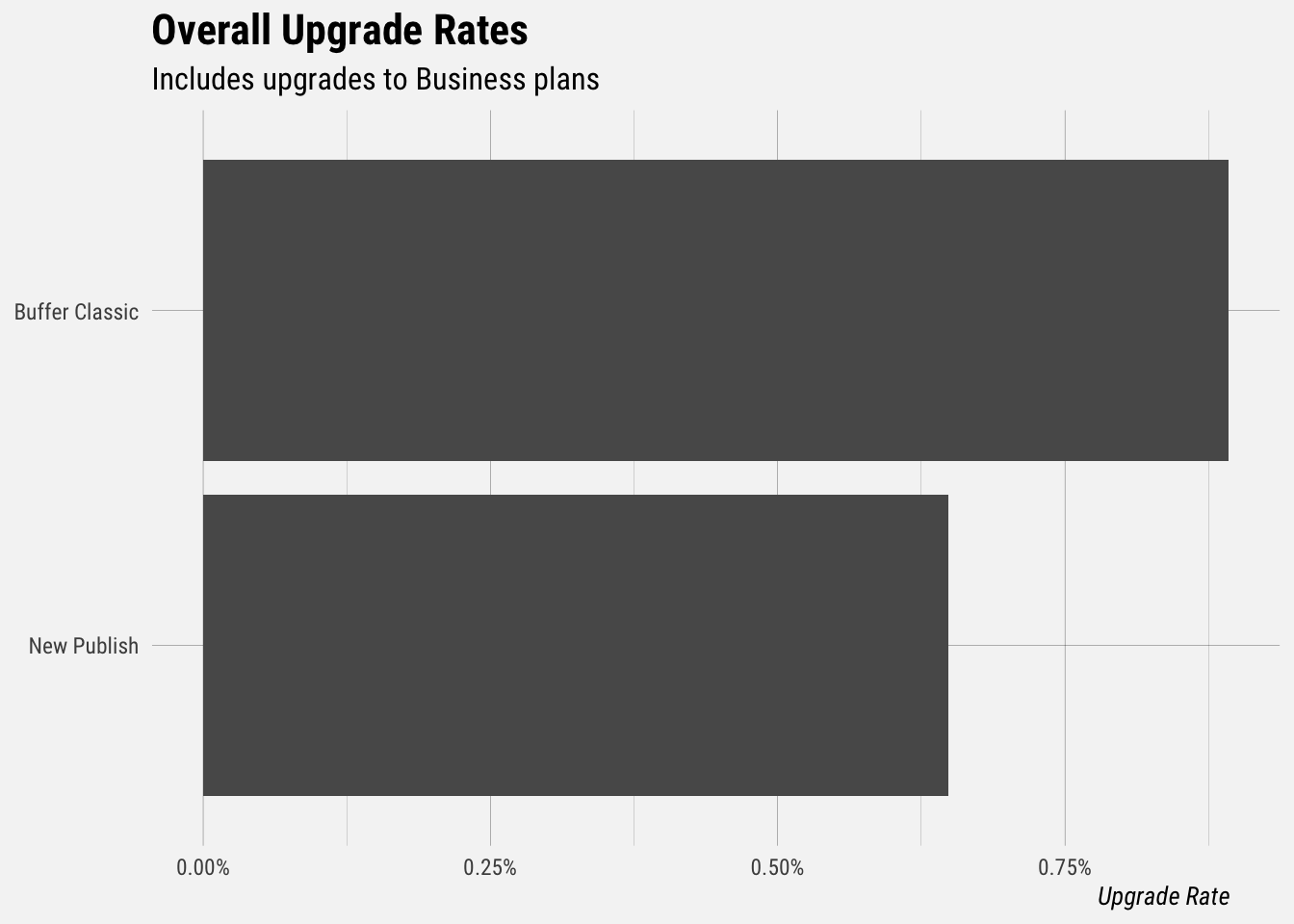 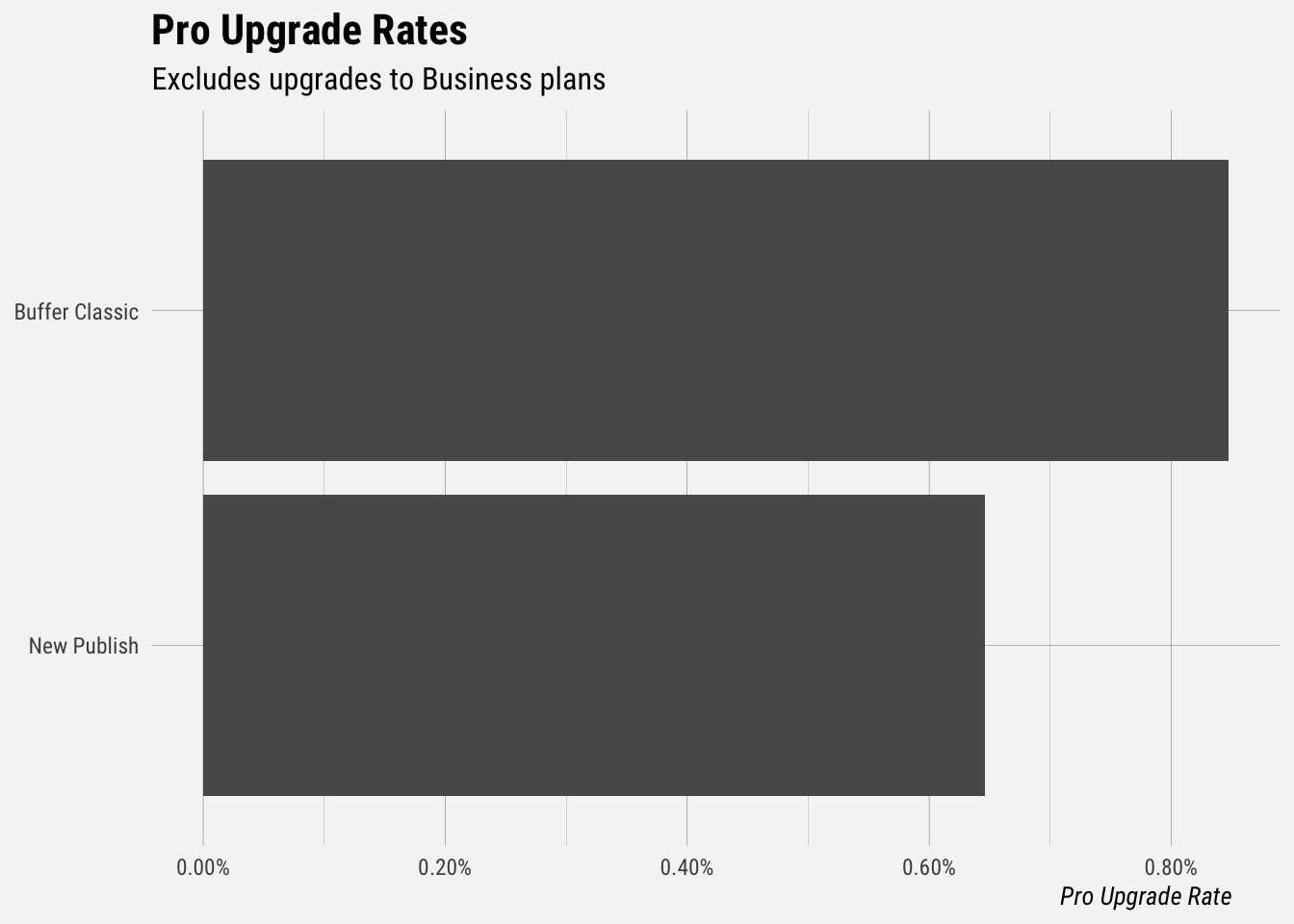 Around 0.85% of Classic users upgraded to Pro after being put on the experiment, compared to around 0.65% of users put on New Publish.

Let’s see how the upgrade rates compare for users after 1 day in the experiment, 2 days, etc.

This graph shows us a few things: 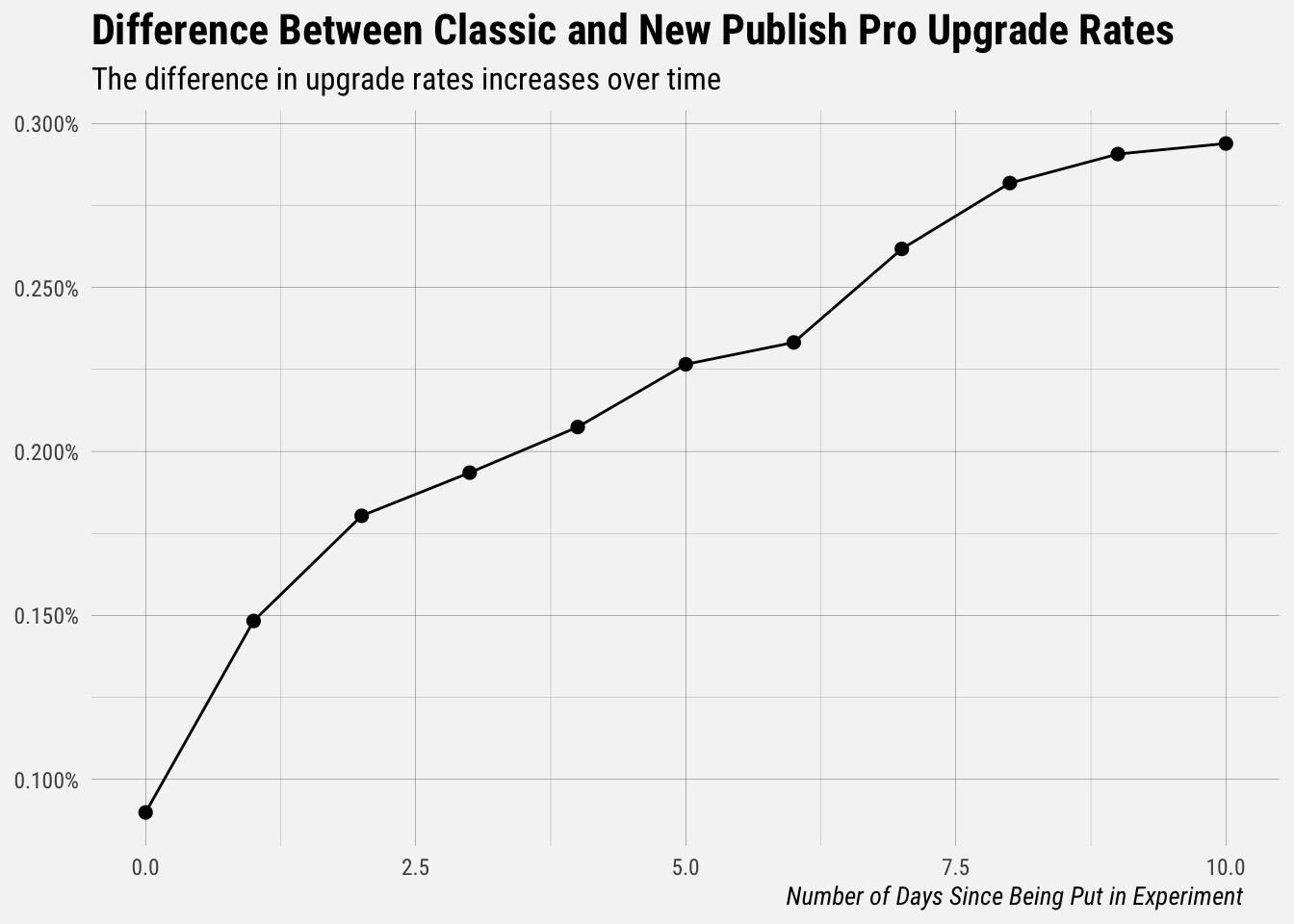