On February 21 we launched the target customer survey to all new Reply users. In this analysis we will try to determine if the introduction of the survey had any effect on onboarding completions and trials started. The survey is shown to people that have already signed up for Reply, so we will not measure the effect on signups.

The results of this experiment suggest that the target customer survey has had no negative effect on onboarding completion or trial starts.

We’ll gather the raw events from Redshift and use the same methods to measure the experiment’s effect over time.

Now let’s plot the number of events that occurred each day. 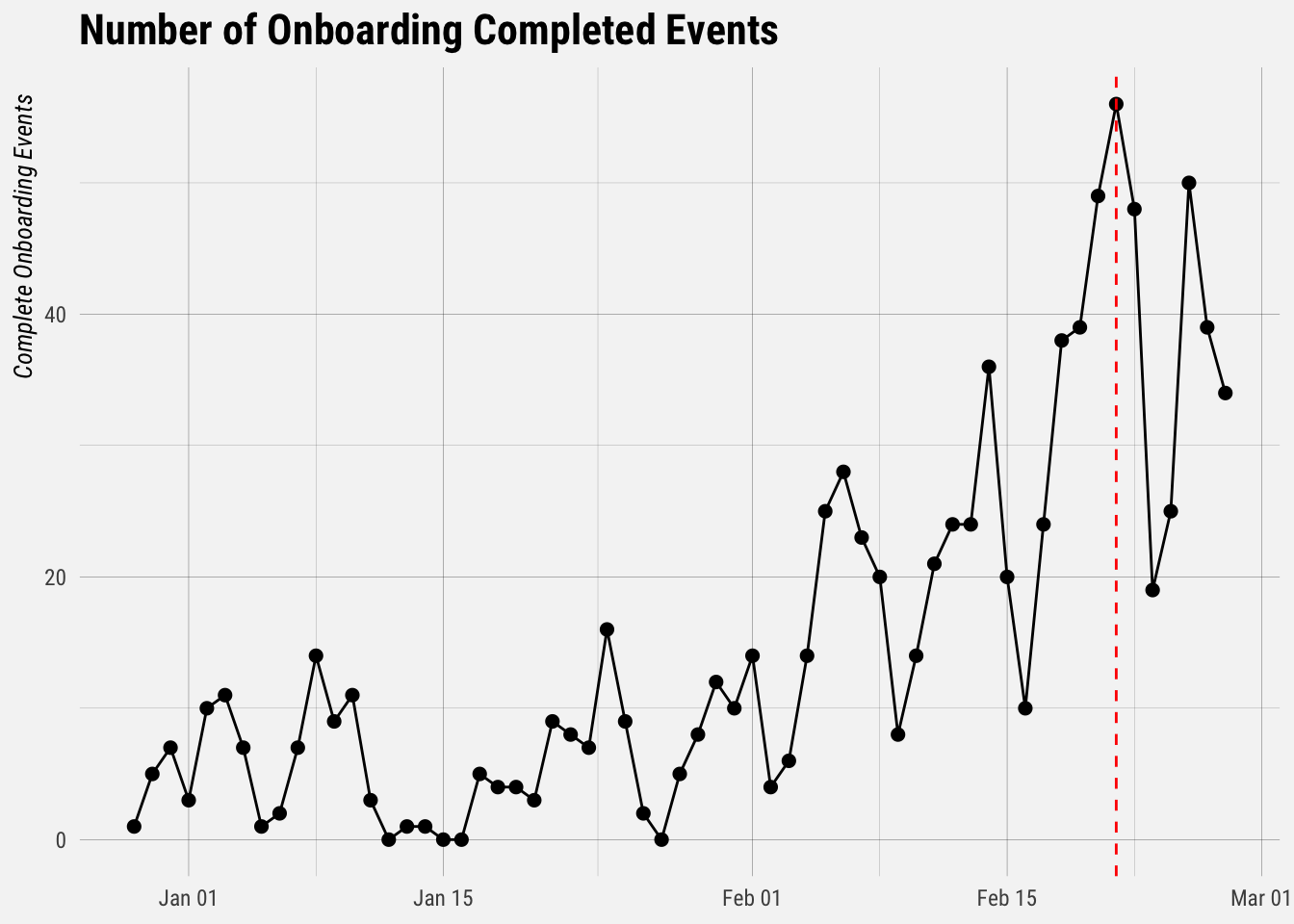 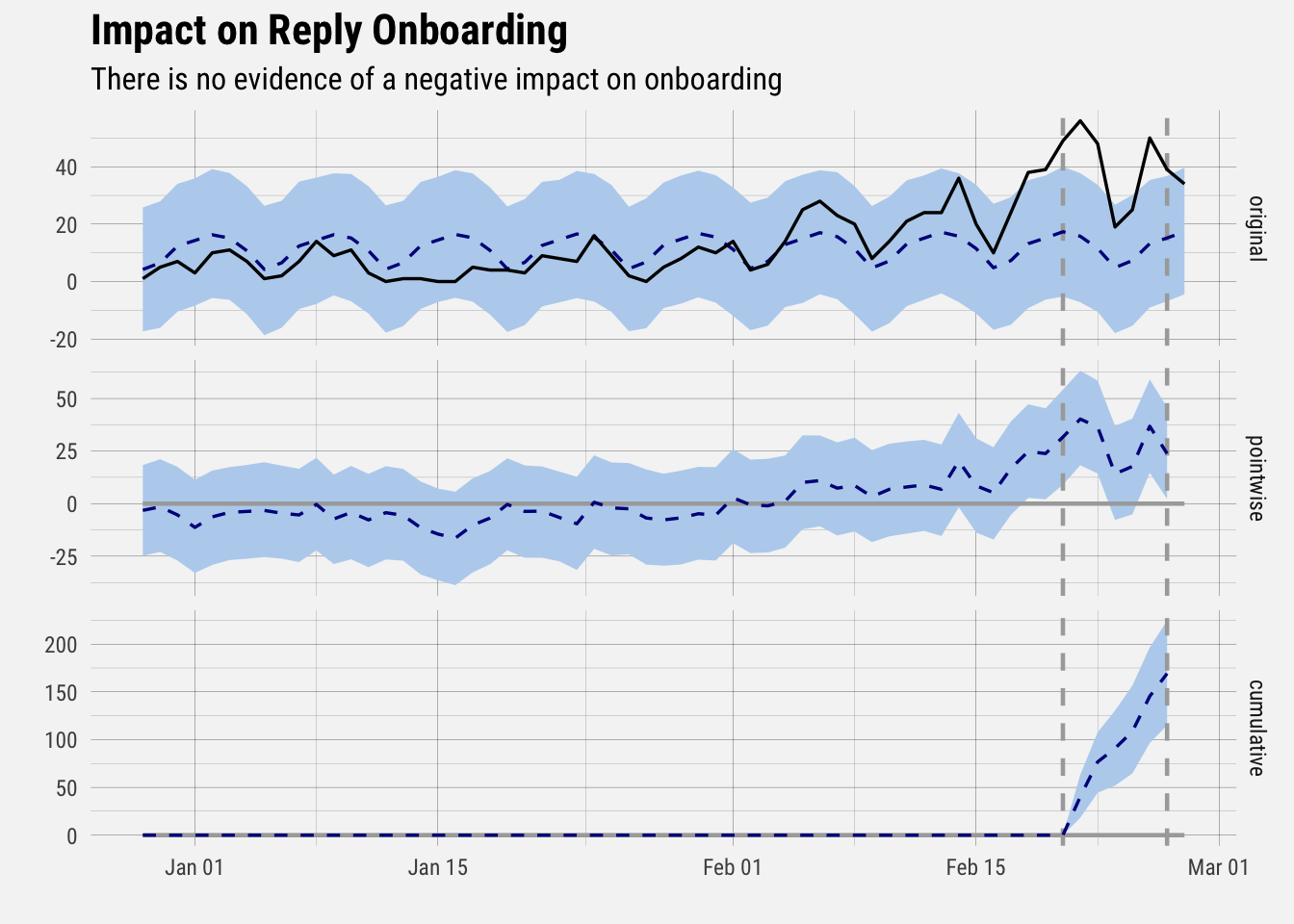 The top panel in the graph shows the actual observed data (the black line) as well as the counterfactual (the dotted line), which is our best guess at what the number of onboarding completion events would have been had we not introduced the survey.

The second panel displays the estimated effect that the survey had on onboarding each day, and the bottom panel shows the cumulative effect over time on onbording completion events.

We can see that there does not appear to be evidence of a negative effect on onboarding completion. Now, let’s take the same approach but look at the number of trials started.

Let’s use the same technique to measure the impact on Stripe trials.

Now let’s plot the number of trials started each day. 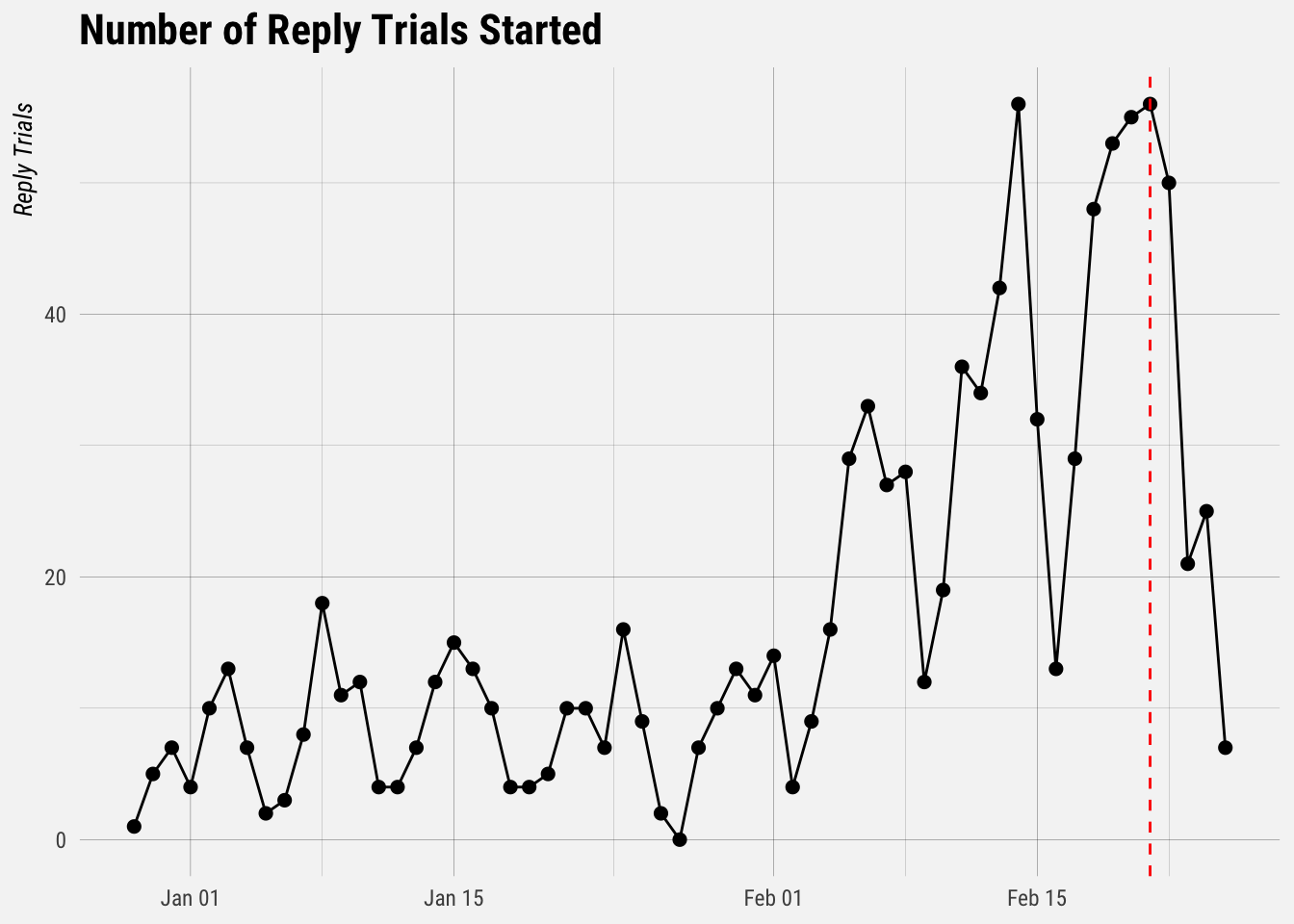 There doesn’t appear to be a huge negative effect on Stripe trials. 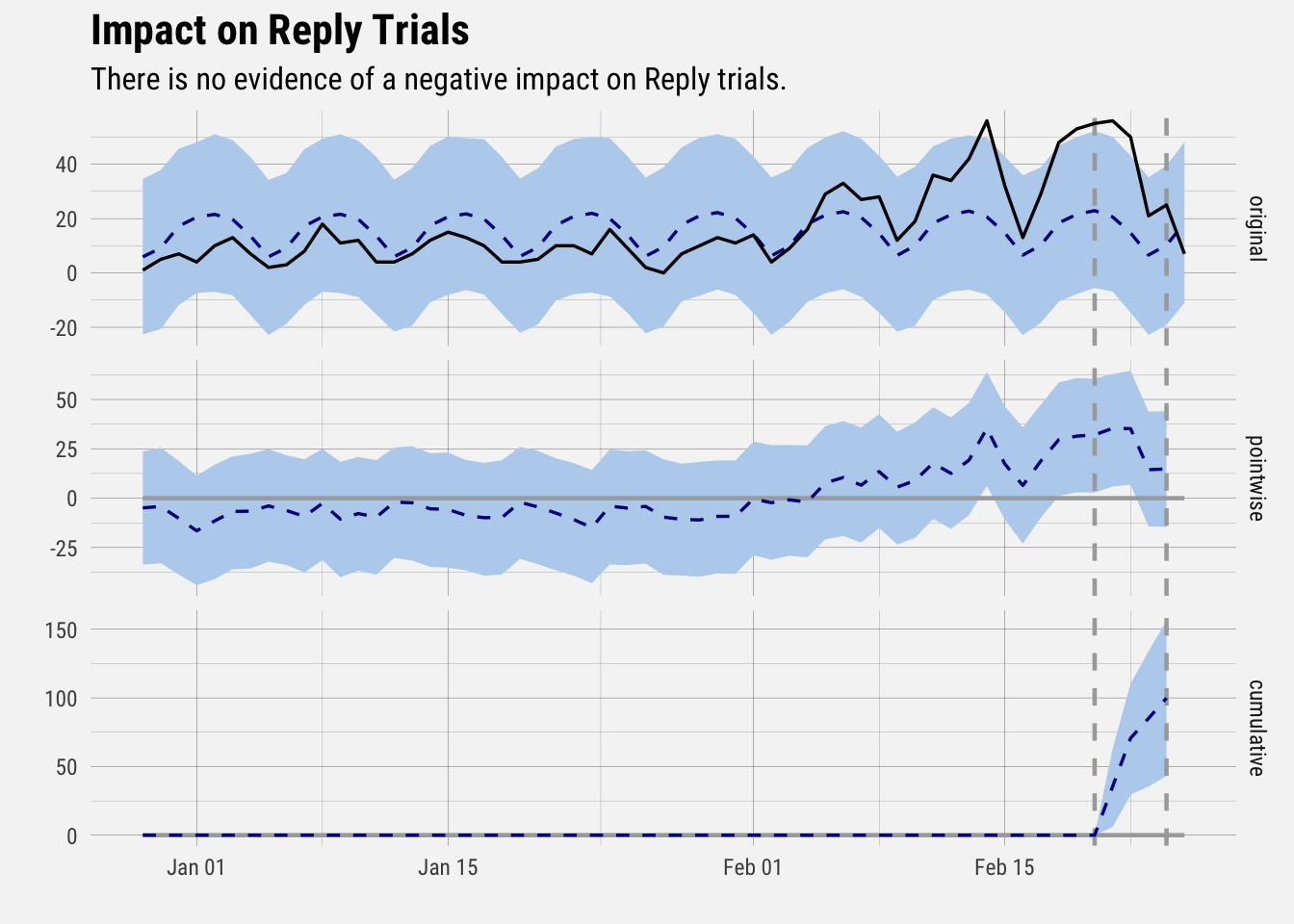 Similar to what we saw with onboarding, there does not appear to be evidence suggesting that the experiment negatively impacted the number of people that started Reply trials.