The Effect of Premium

In this analysis we’ll examine some of the effects that the introduction of the Premium plan has had. We’ll try to gauge the impact on MRR, and we’ll also examine the churn rates of the new Premium plans and compare them to that of the Pro and Small Business plans.

Let’s start by collecting all Business MRR values from the past year.

Let’s plot Business MRR over the past year. We introduced the Premium plan on March 21, 2019. 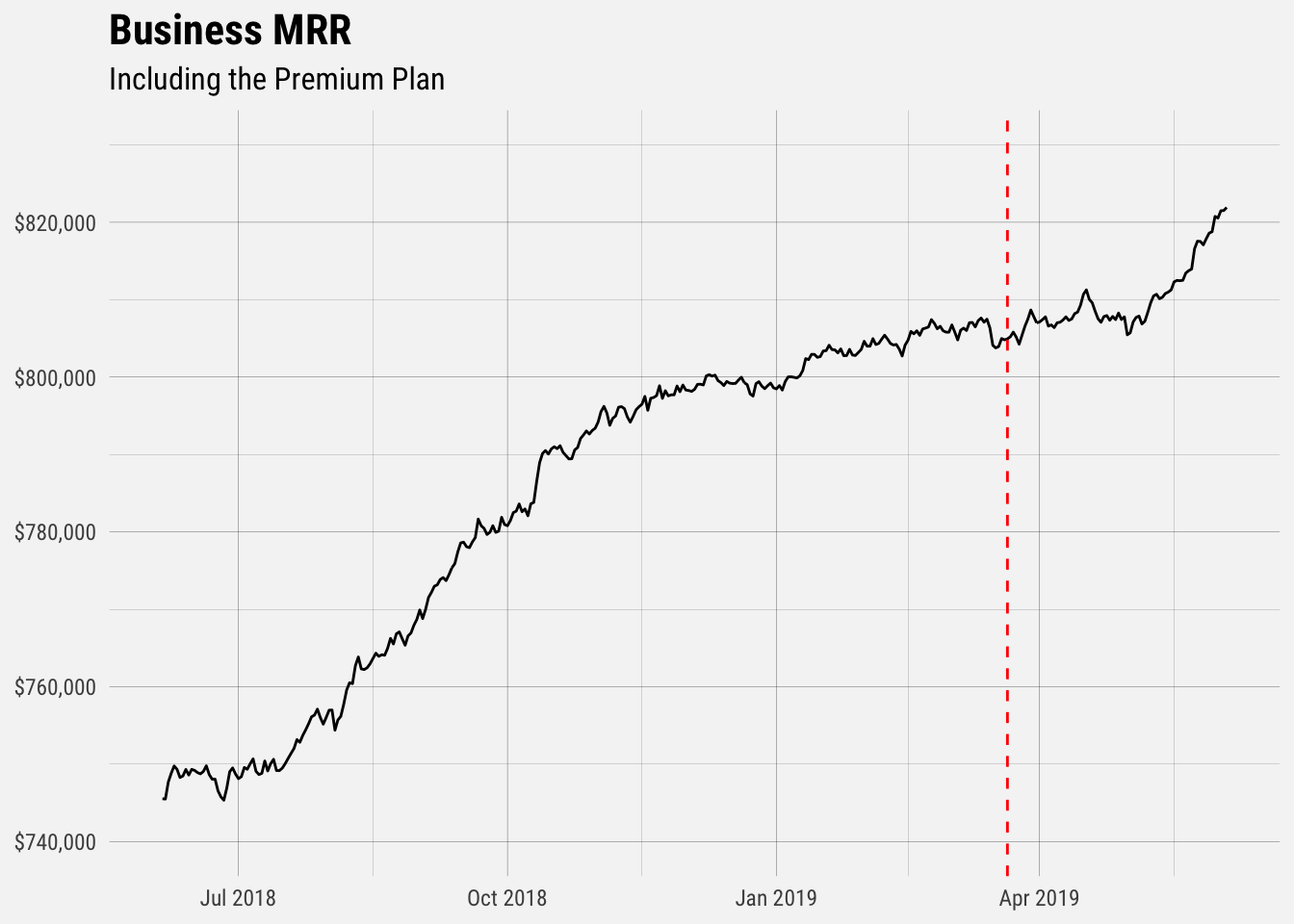 We can see that there is an inflection point around May 8, after which Business MRR grew much more quickly. Interestingly, we started sending Business trials to New Publish on May 8. What if we separated Premium MRR? 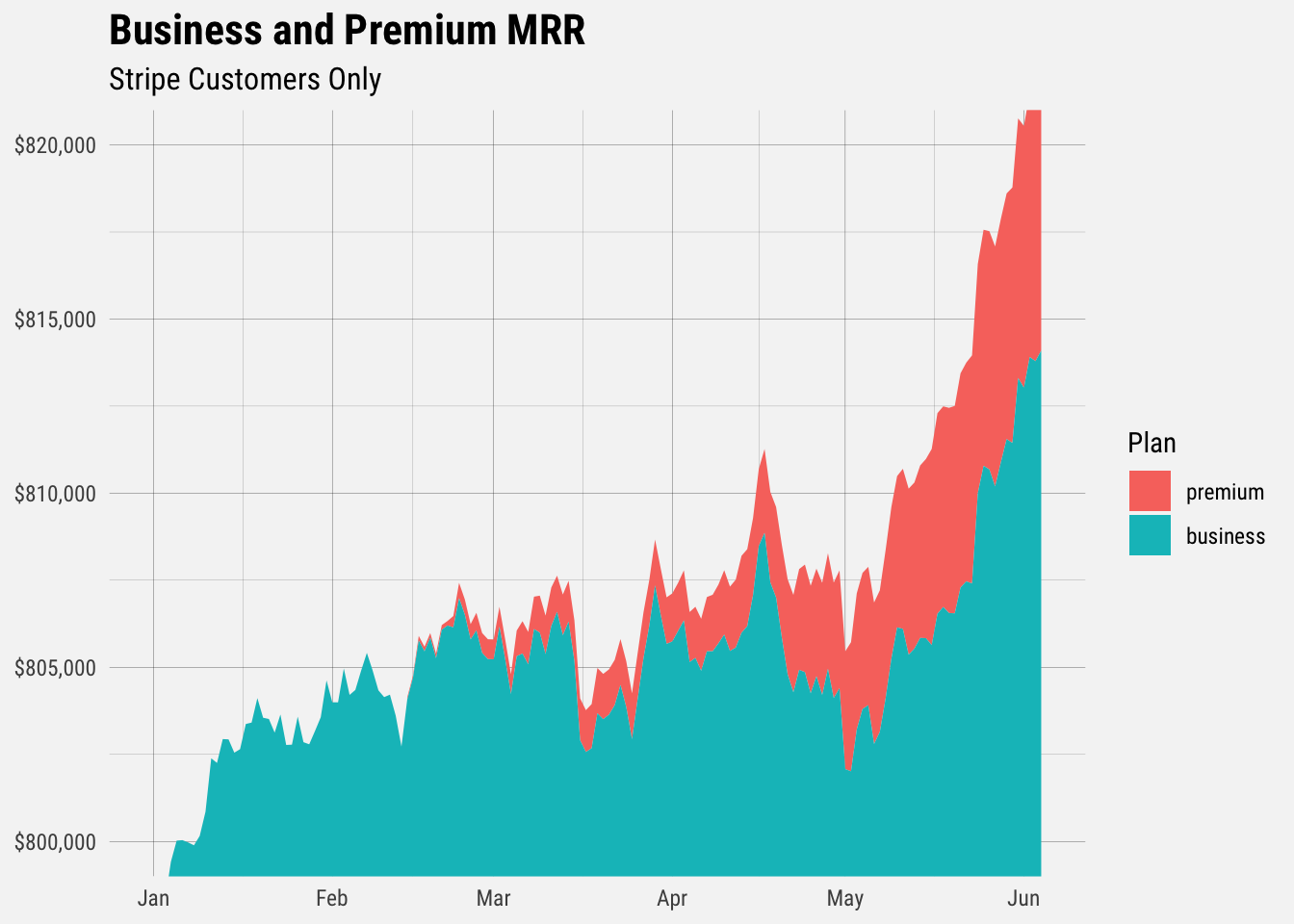 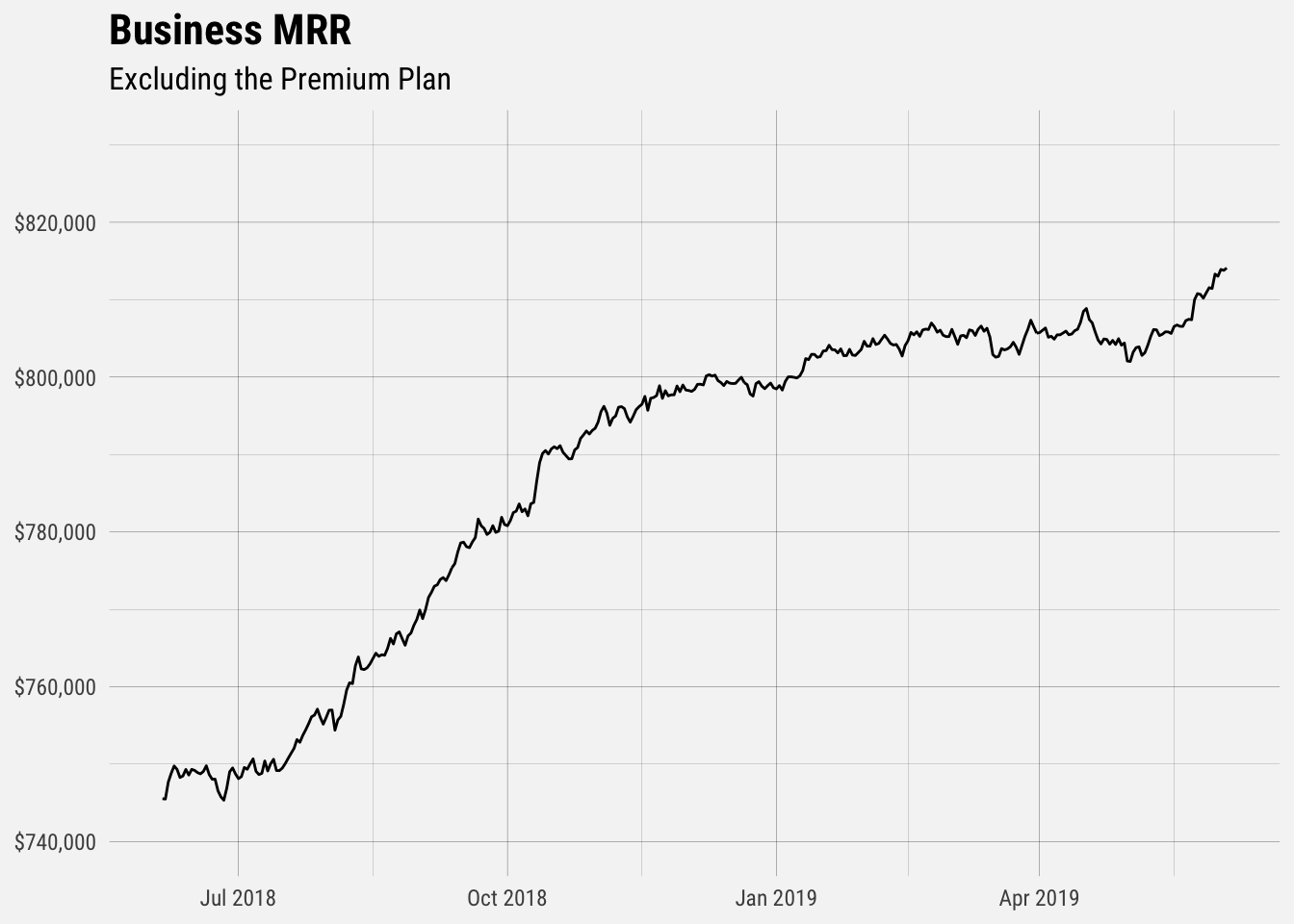 We can see that it still starts to grow significantly after May 8, but not as much as it did with the premium plan. It doesn’t seem like the Premium plan is cannibalizing the small business plan at all! It definitely isn’t cannibalizing Pro MRR, which is still growing linearly.

To analyze churn rates, we’ll use a technique called survival analysis. This method is very useful in modeling and analyzing the time it takes for a specific event to occur, churn in this case.

It’s particularly useful in this case because the data is censored – there must be subscriptions that will churn in our dataset that haven’t yet. This is called censoring, and in particular right censoring.

The survival function, or survival curve, (S) models the probability that the time of the event (T) is greater than some specified time (t) and is composed of:

Let’s start by looking only at the monthly plans. The annual Premium customers haven’t had as much opportunity to churn just yet.

There are around 42 thousand subscriptions in this dataset.

Now we can fit the curve for the monthly plans.

Let’s plot the survival curves for each plan now. 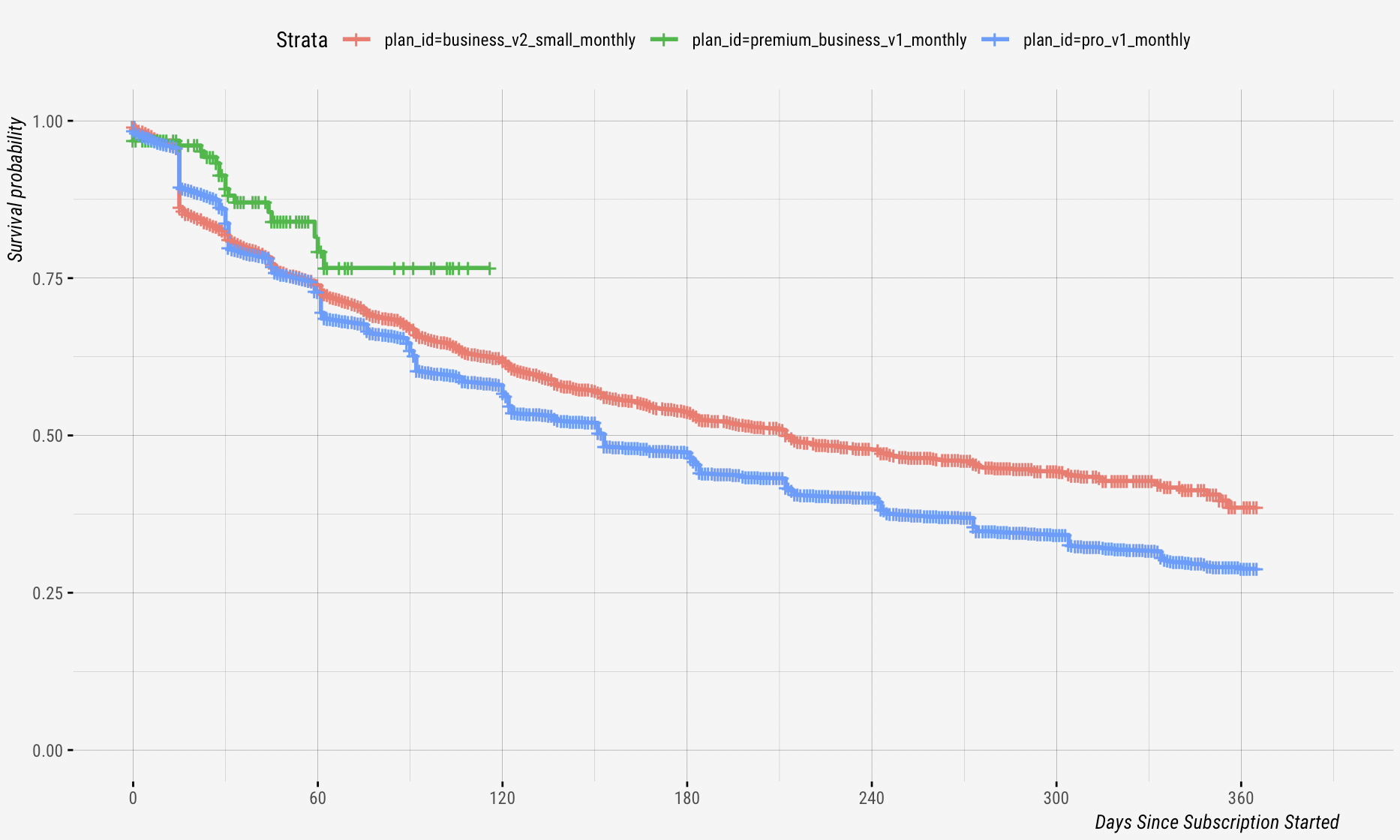 This simple plot presents estimates of survival probability depending on days from starting a subscription by plan type. The plot indicates that Pro monthly customers churn more quickly than small business customers. However it’s interesting to see that Premium customers are churning at significantly lower rates than small business customers! The Premium plan was only introduced recently, so we’ll need to keep an eye on these survival curves as more users subscribe to the plan.