In this post we’ll forecast MRR into the future. We’ll use ChartMougl as the source of data. It’s important to note that ChartMogul does not include MRR from the Android app and is missing some MRR from customers that pay us manually. The MRR values of these customers are low enough to not have a very significant impact on our forecasts. 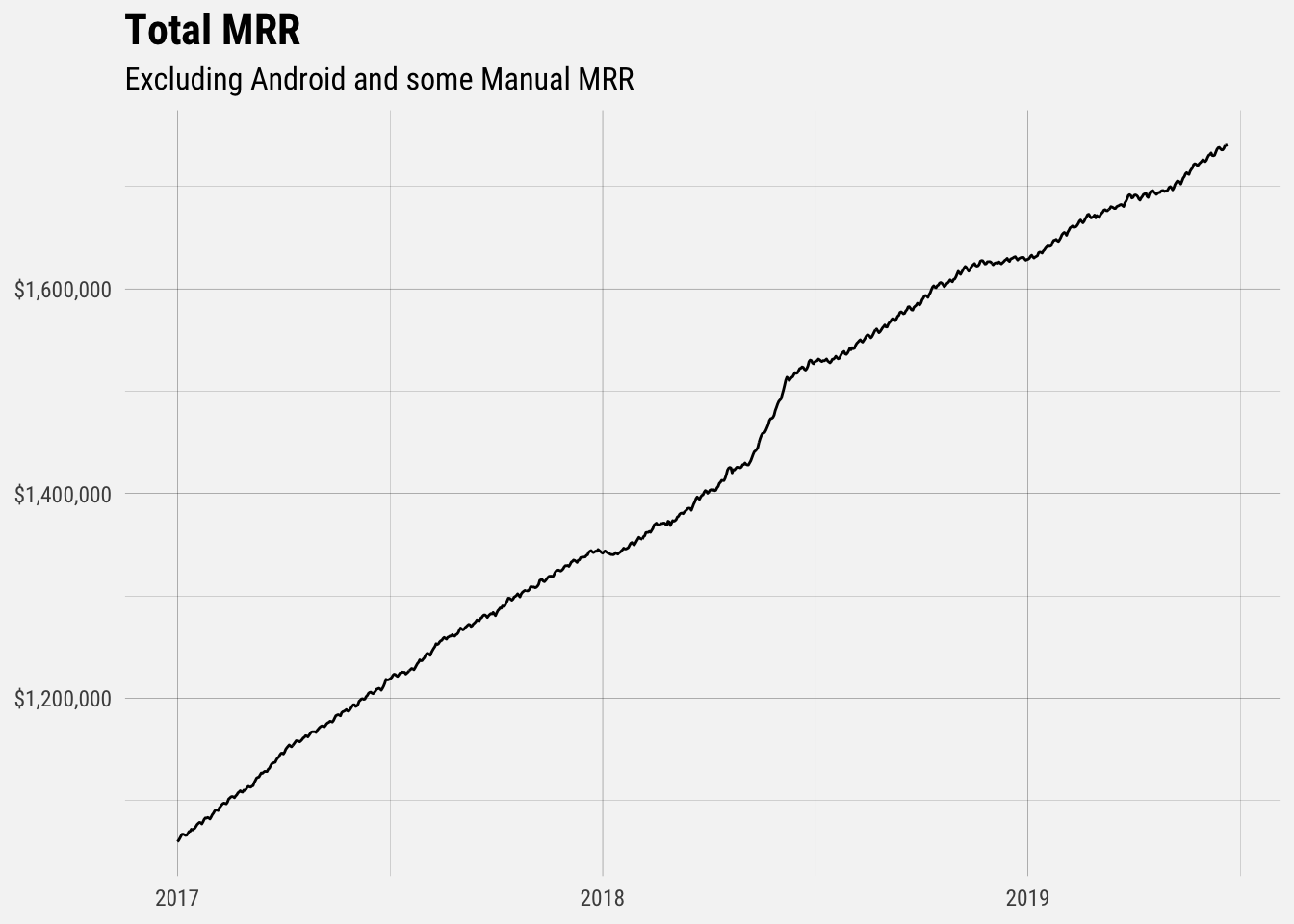 We can see that MRR growth has been roughly linear and includes a couple of interesting inflection points.

We’ll use the prophet package developed by the folks at Facebook to make our basic forecasts. We first need to prep a dataframe with columns ds and y, containing the date and numeric value respectively. The ds column should be YYYY-MM-DD for a date, or YYYY-MM-DD HH:MM:SS for a timestamp. Because of those inflection points, we’ll only use MRR from the past year to make the forecast.

Now we can make the forecasts for the next 180 days and plot the results.

We can use the same data to forecast ARR, which is just MRR times 12.

That’s it for now!