In this analysis we’ll try to gain a better understanding of how the extension is used.

There are around 3.7 million updates in this dataset.

How many people use the extension?

Let’s start by plotting the number of extension updates created per day. 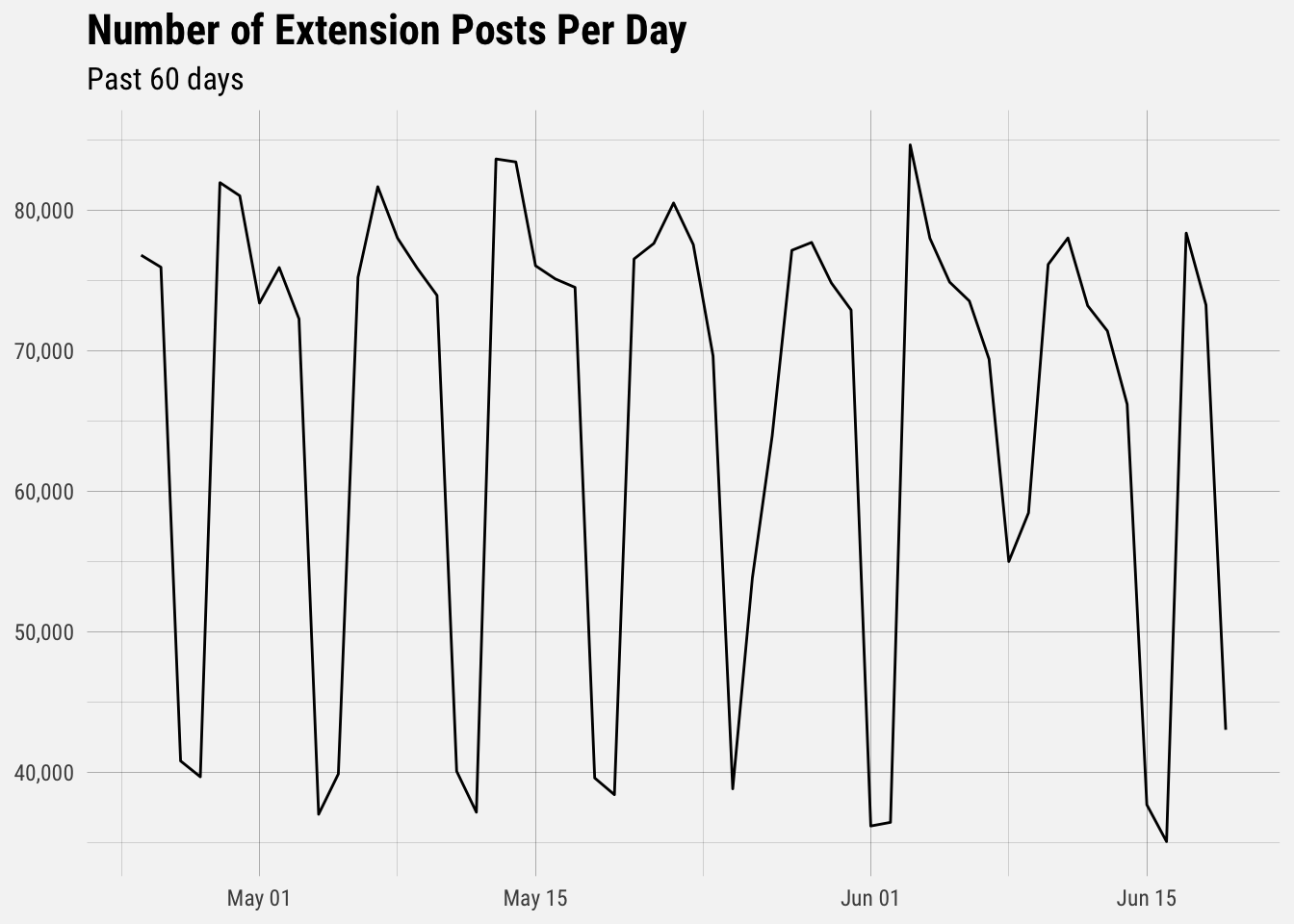 It looks like around 40 thousand to 80 thousand extension updates are created each day. The number of posts is highly seasonal and dependent on the day of the week. Now let’s plot the number of users that create these posts. 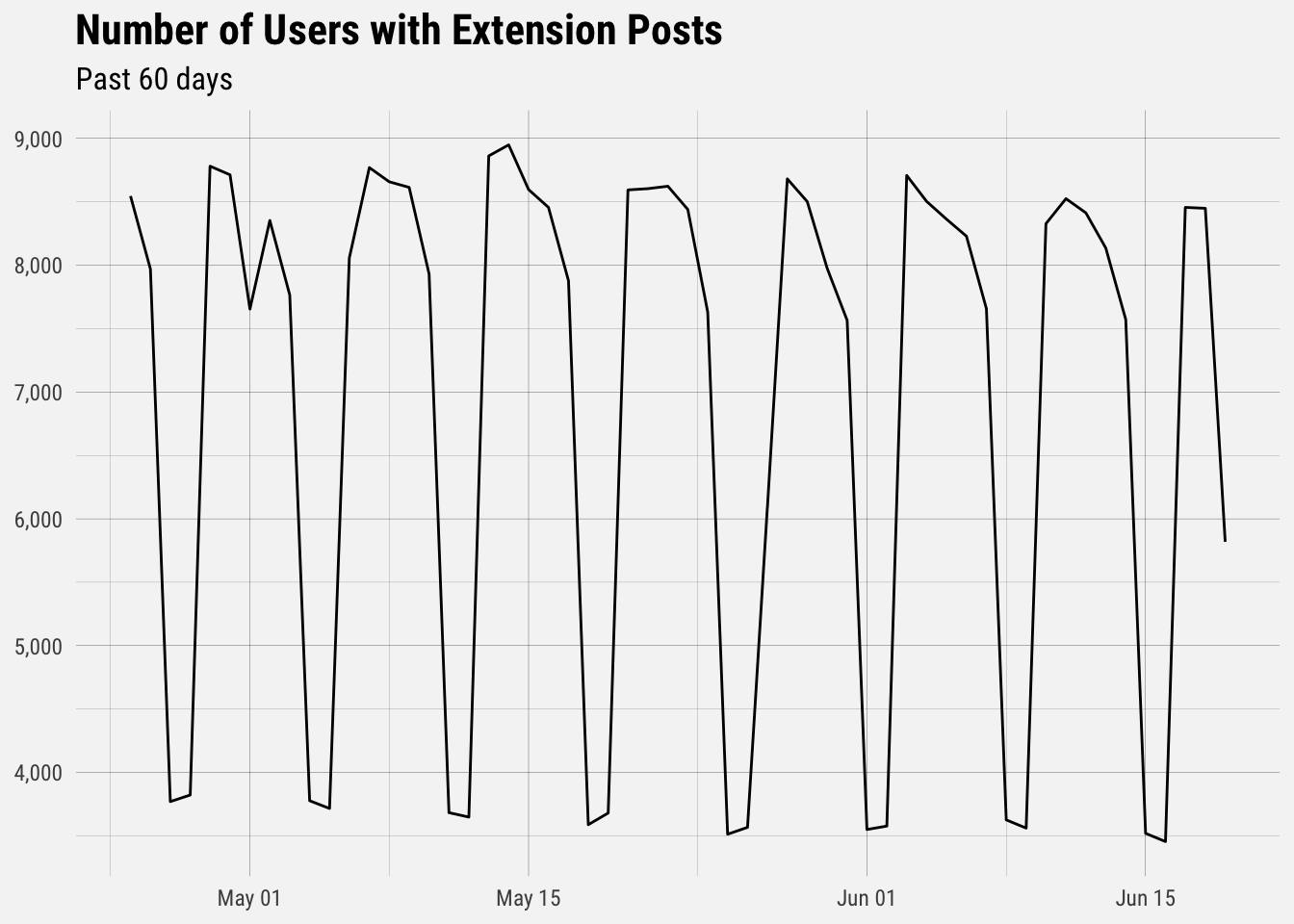 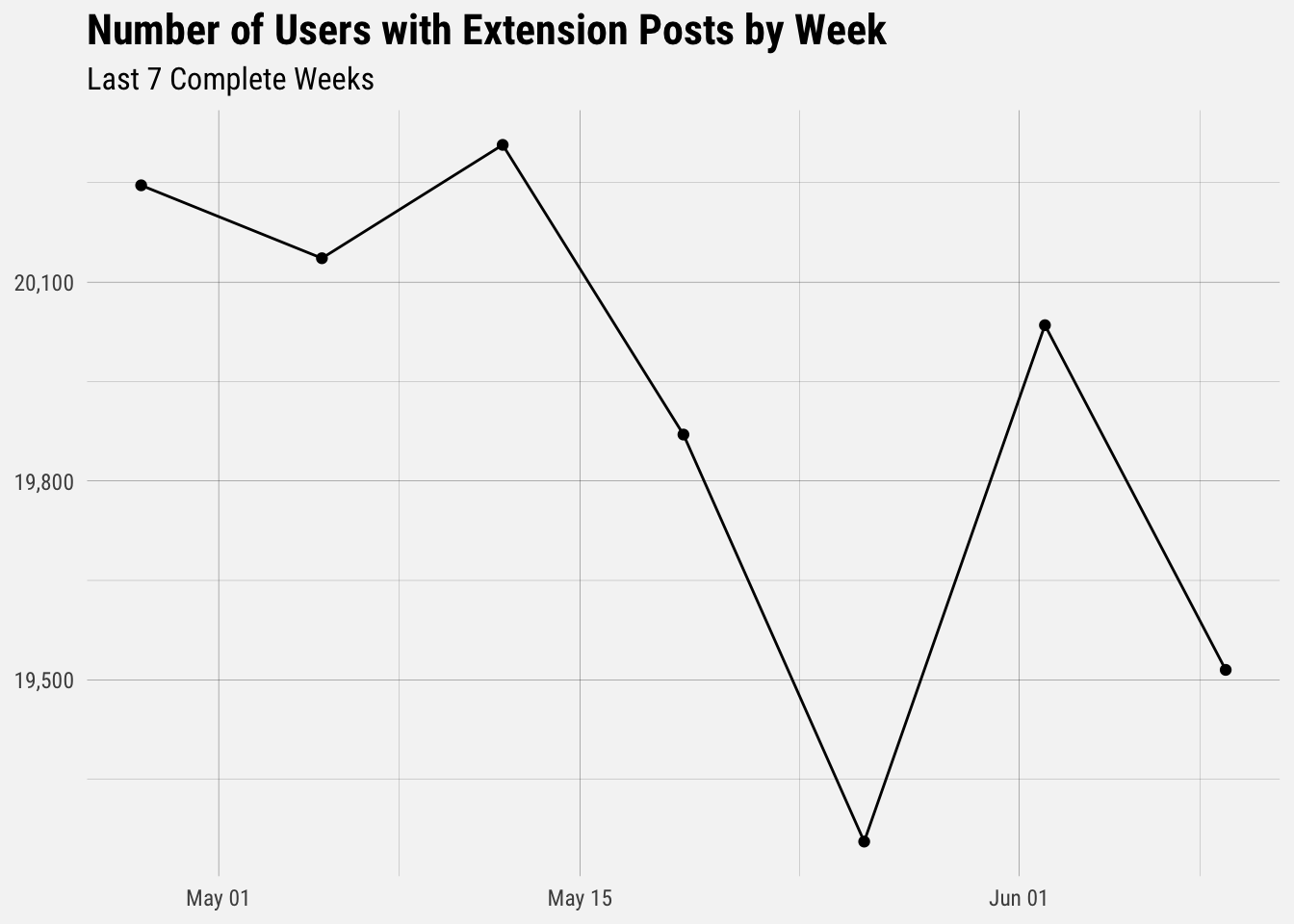 There are around 20 thousand active users using the extension each week. This indicates that there are some users that are creating huge numbers of posts through the extension. Let’s count the number of posts created by each user in the past 60 days. The plot below only shows the top 30 users in terms of the number of extension updates created. 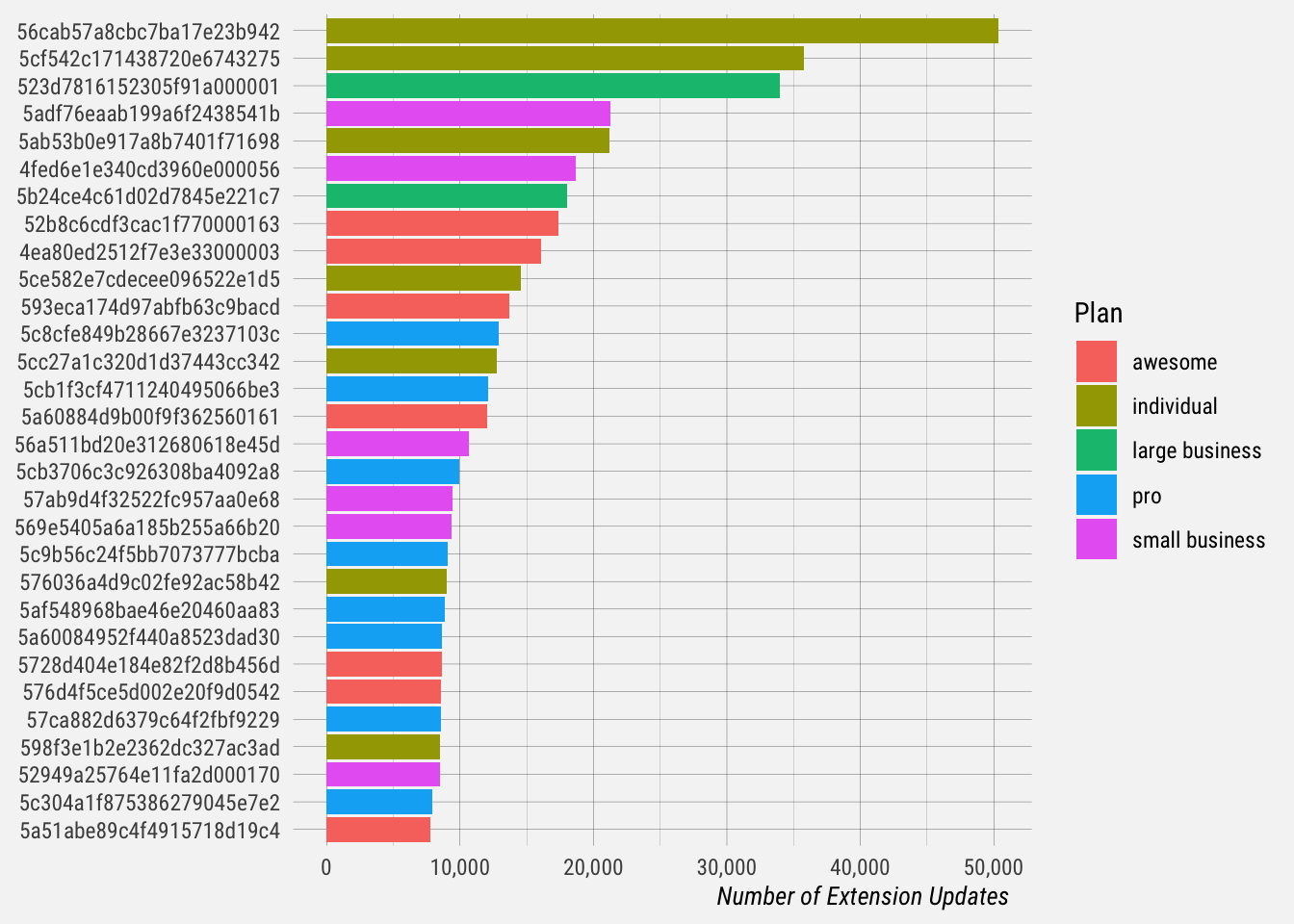 Wow, one user created over 50 thousand updates with the extension in the past 60 days. The color of the bars represents the plan that the users are on.

Who are these users?

Let’s plot the number of extension updates created by users on each plan. 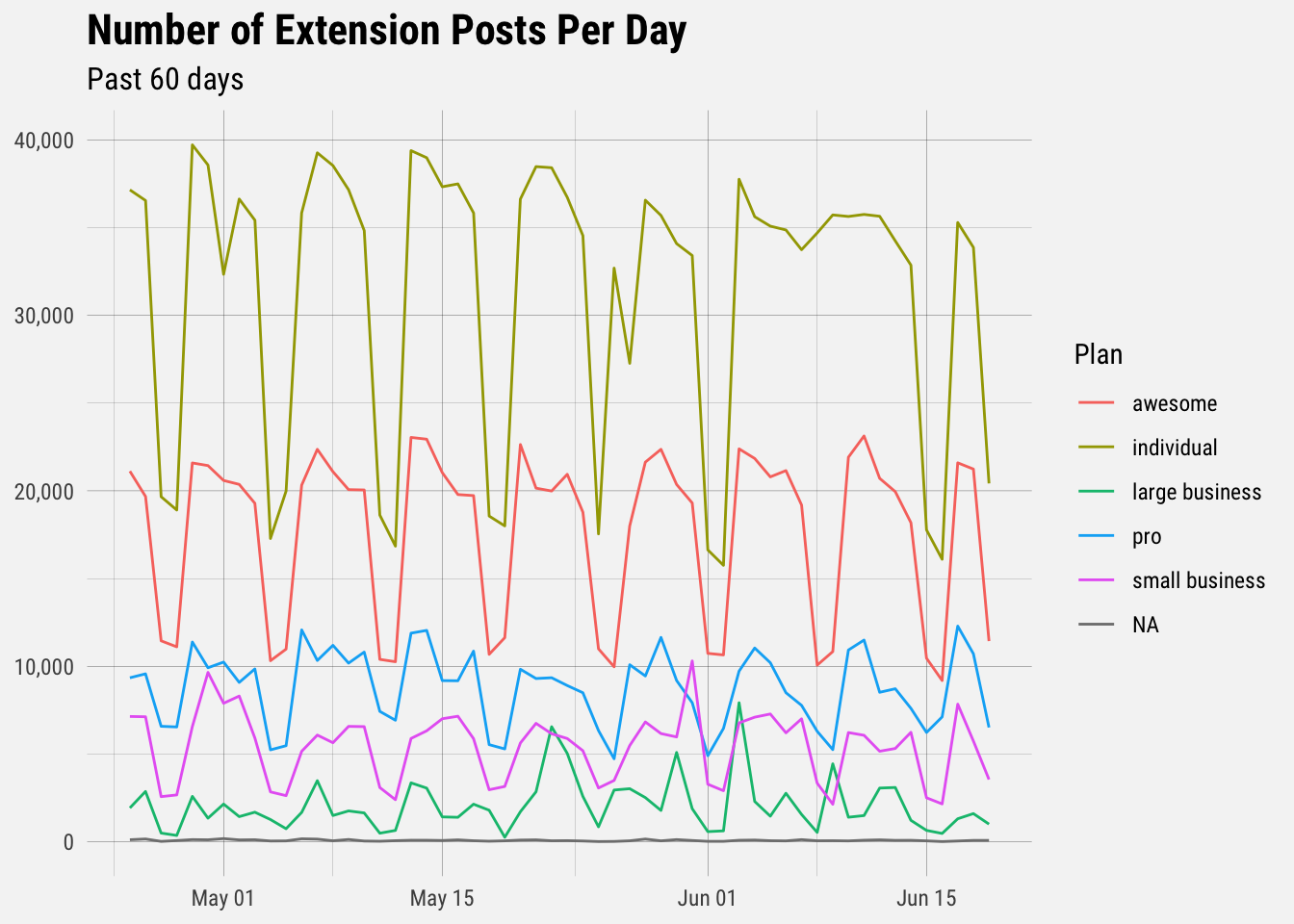 We can see that users on the Free plan create the majority of extension posts. Users on the old Awesome plan follow, as do users on the Pro plan. These are our largest customer segments, so this makes sense. Plotting the percentage of updates coming from users on each plan might help clear up some of the noise. 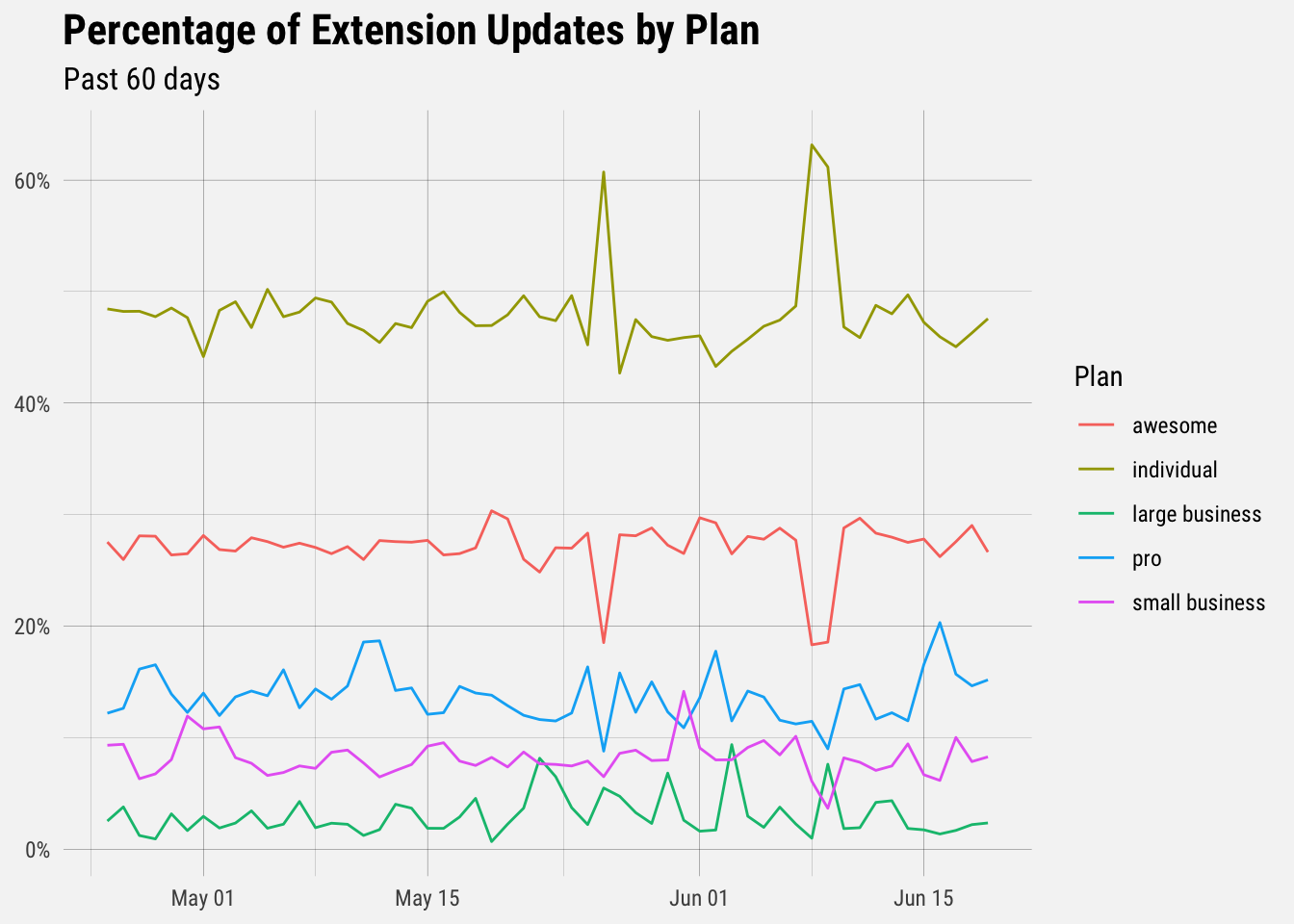 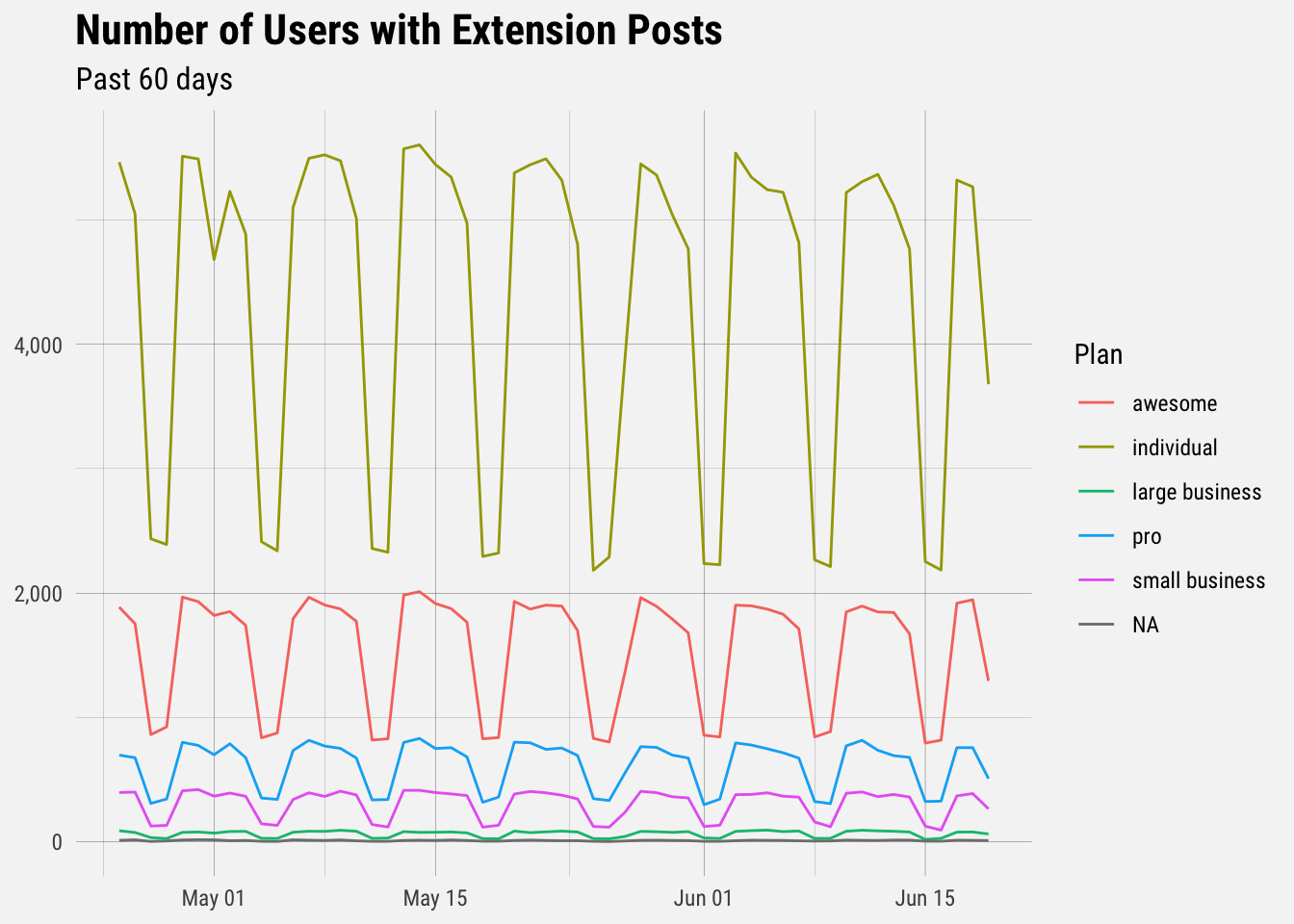 Of the 633 users that signed up in the past 60 days and fit our target customer description, only 13 have created updates with the extension.

We can create similar plots to the ones above to show the most popular networks. We don’t want the percentages to be heavily skewed by the small number of users sending thousand of updates, so we will calculate the proportion of users sharing to each network. 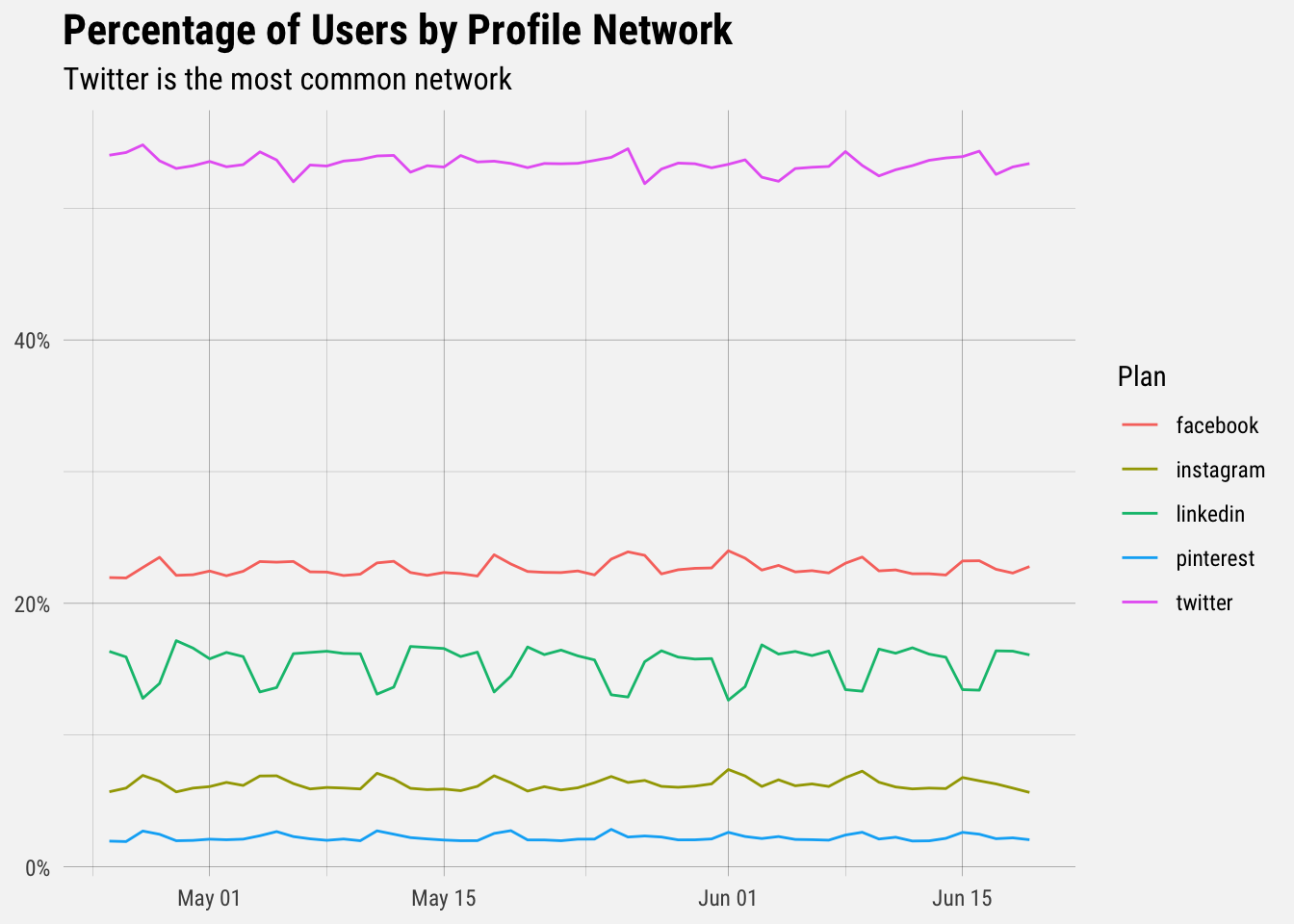 The data shows that a large number of users still use the extension. Some of these users rely on the extension heavily, but their usage numbers lie at the end of a long tail.

Most of the feature’s usage comes from Free users, but a significant number of paying customers make use of the extension as well. A small percentage of our target customers have found it useful so far.

Twitter is the most popular network for extension updates by a wide margin, followed by Facebook and Linkedin.