Let’s start by plotting the proportion of each cohort that upgraded to a paid plan. 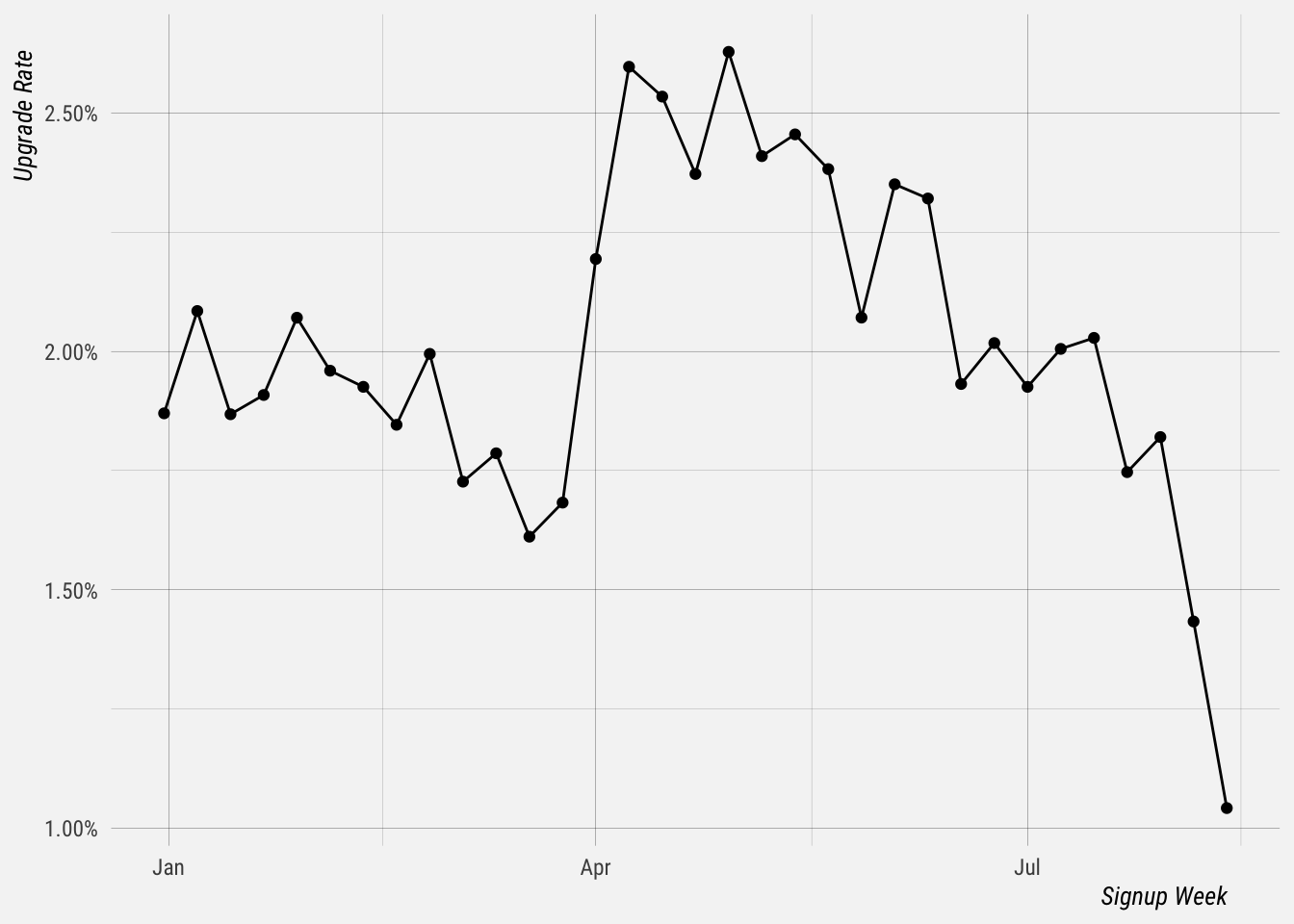 We see a clear drop in the upgrade rate for users that signed up in the past few weeks. That is because their trials either haven’t finished or have finished very recently. We need to allow time to pass to compare apples to apples. Let’s try to limit this to only look at users that upgraded within 14 days of signing up.

We only want to look at users that signed up before 14 days ago, which at the time of writing is August 9. 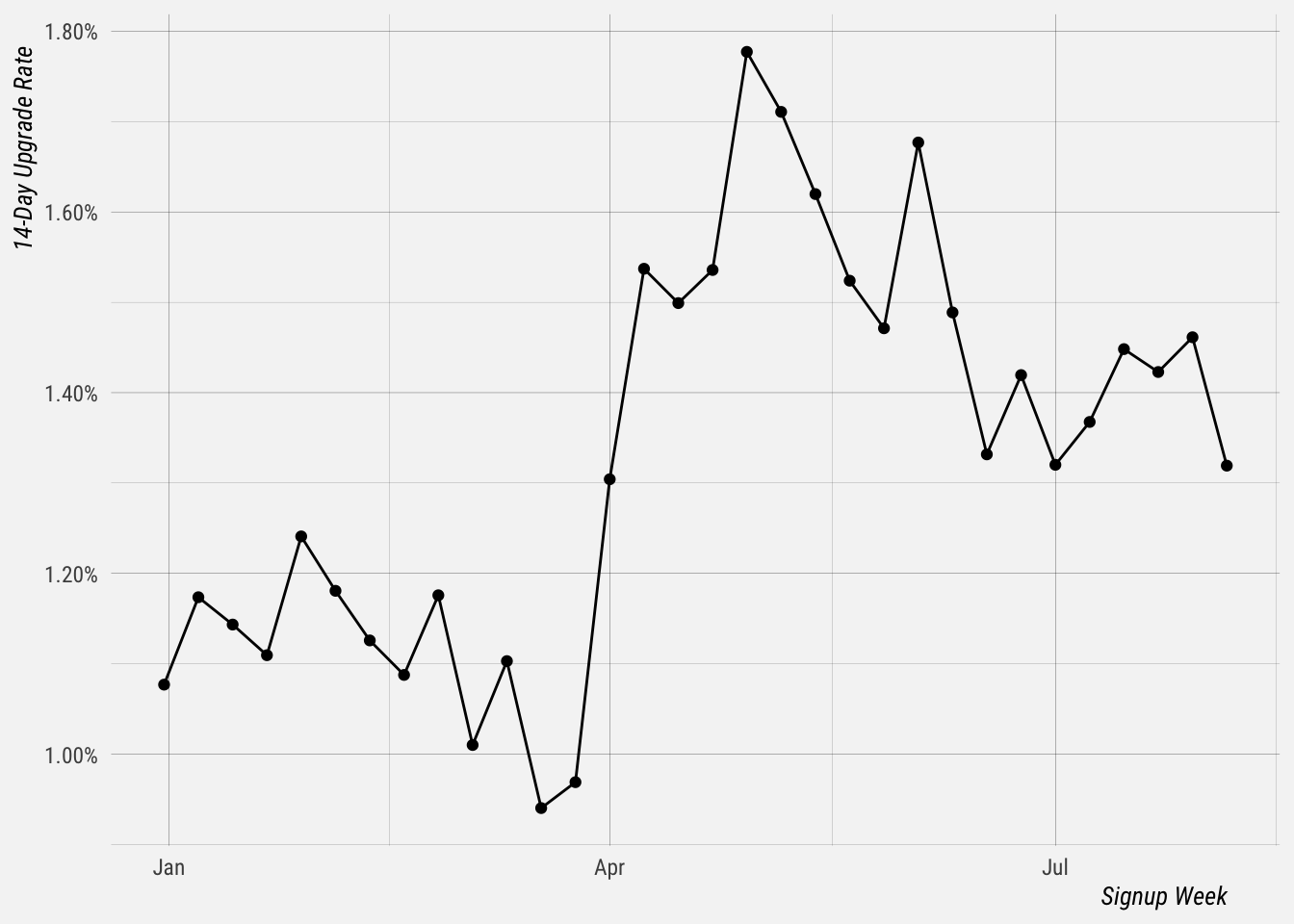 It looks like the 14-day upgrade rate has increased significantly since the beginning of April. Now let’s look at the proportion of each cohort that upgraded within 7 days of signing up. 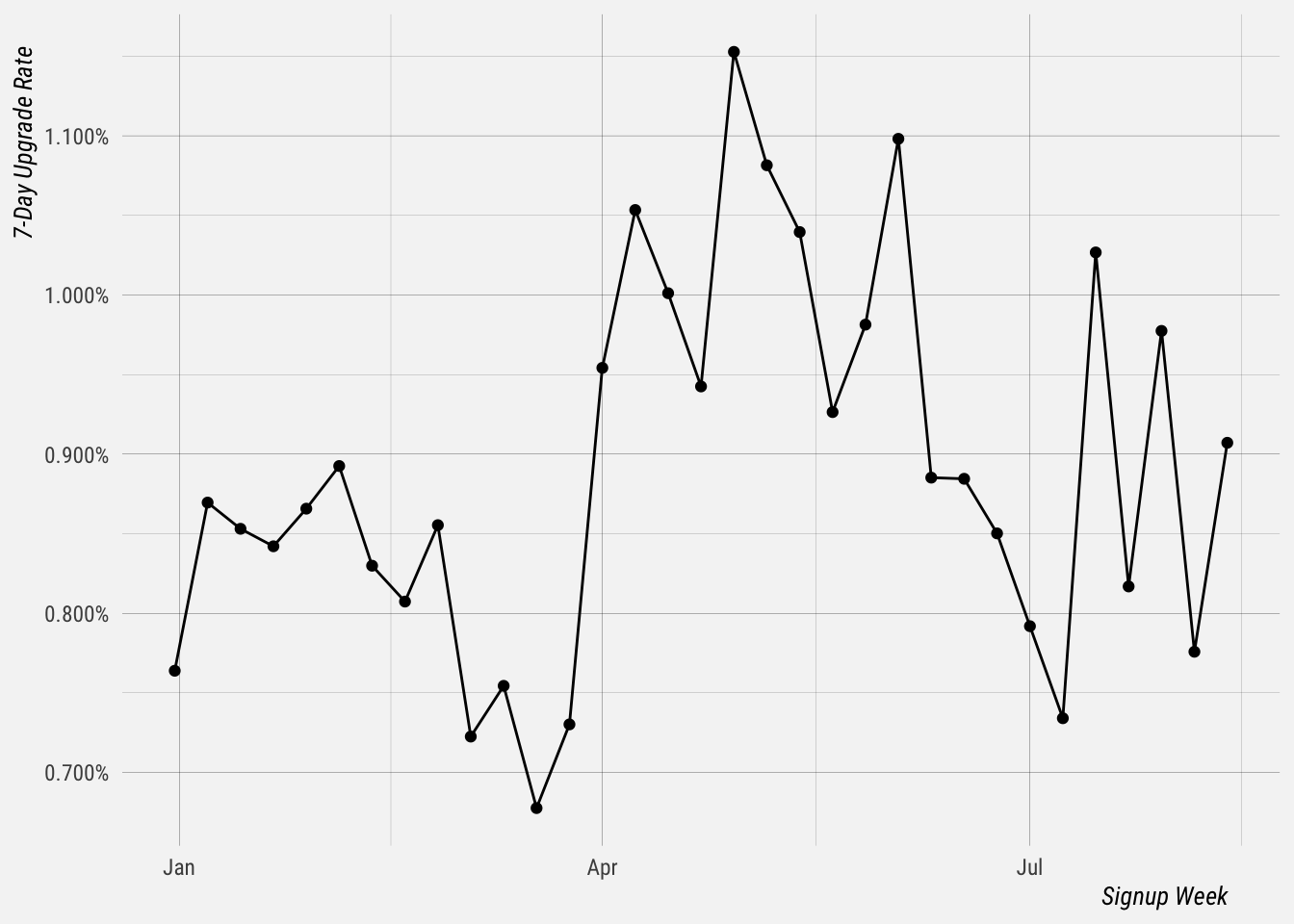 We can see that there is more volatility in this graph.

Now let’s plot the revenue generated from each cohort. Again we see a tailing off that is due to trials not being finished. 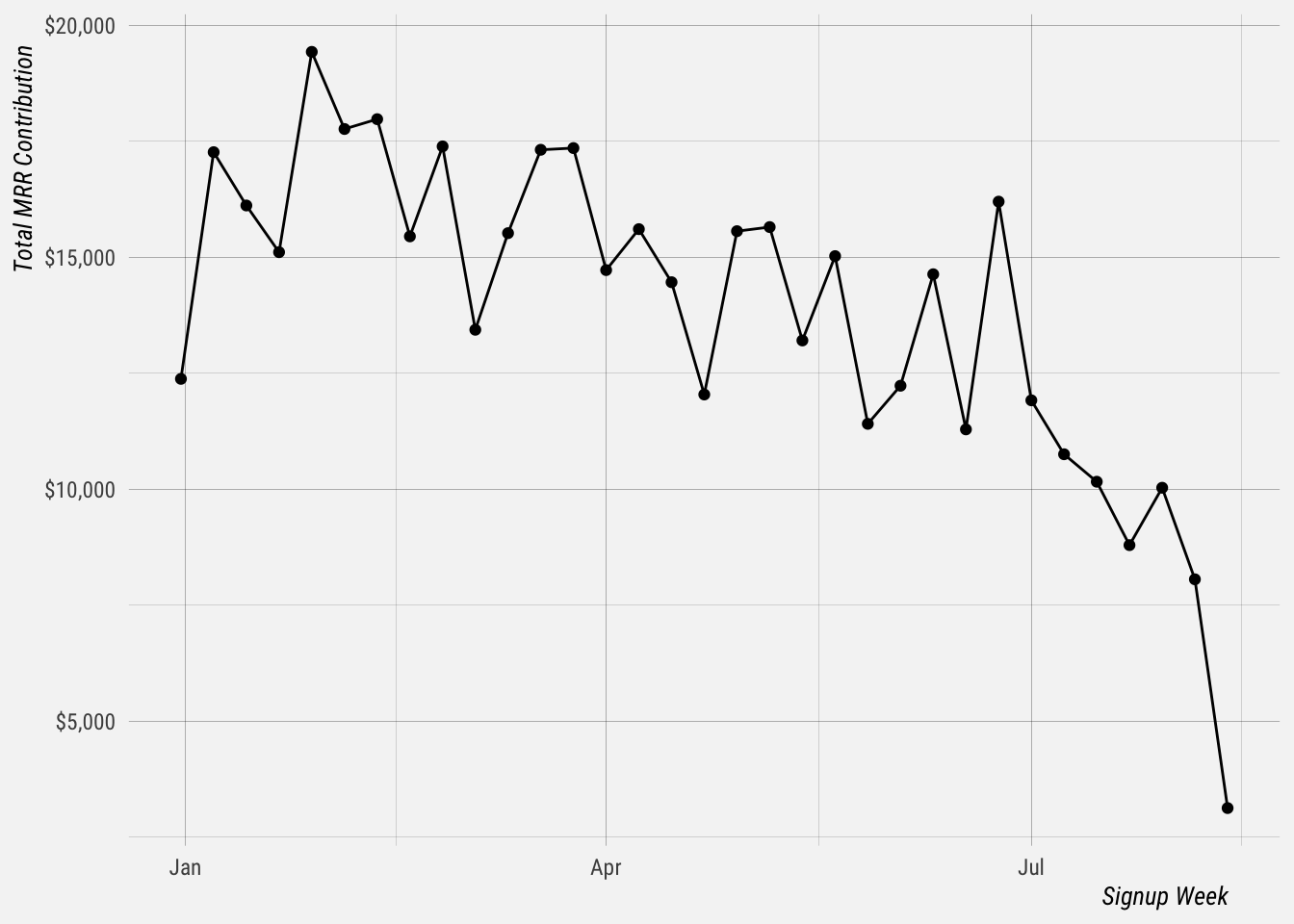 Now let’s plot the MRR that was generated by those that upgraded within 14 days of signing up. 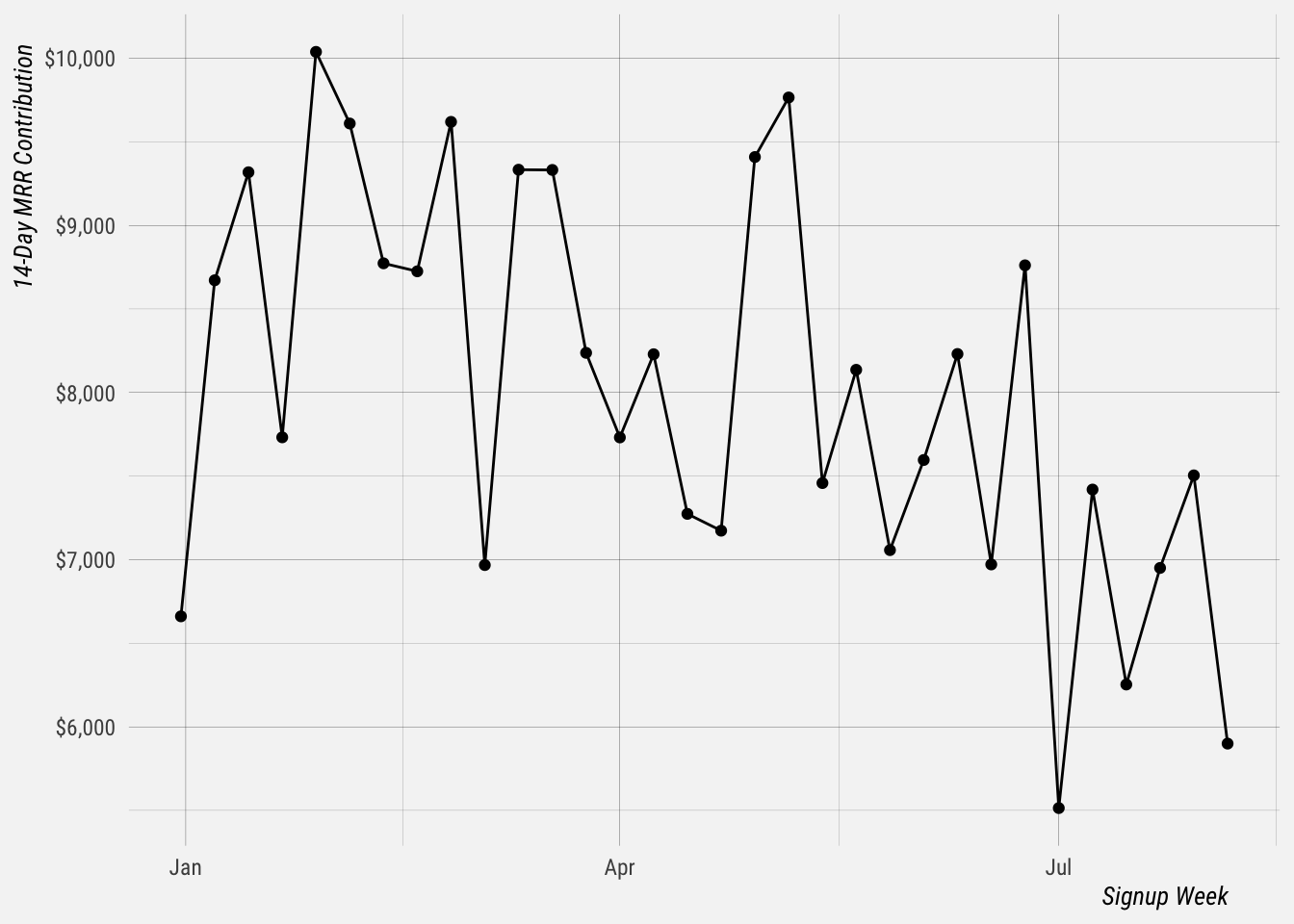 We see a slight decline here as well, up until recent weeks. MRR contributed within 7 days of signing up is also slightly down, but I suspect this is also due to the inability to upgrade directly. 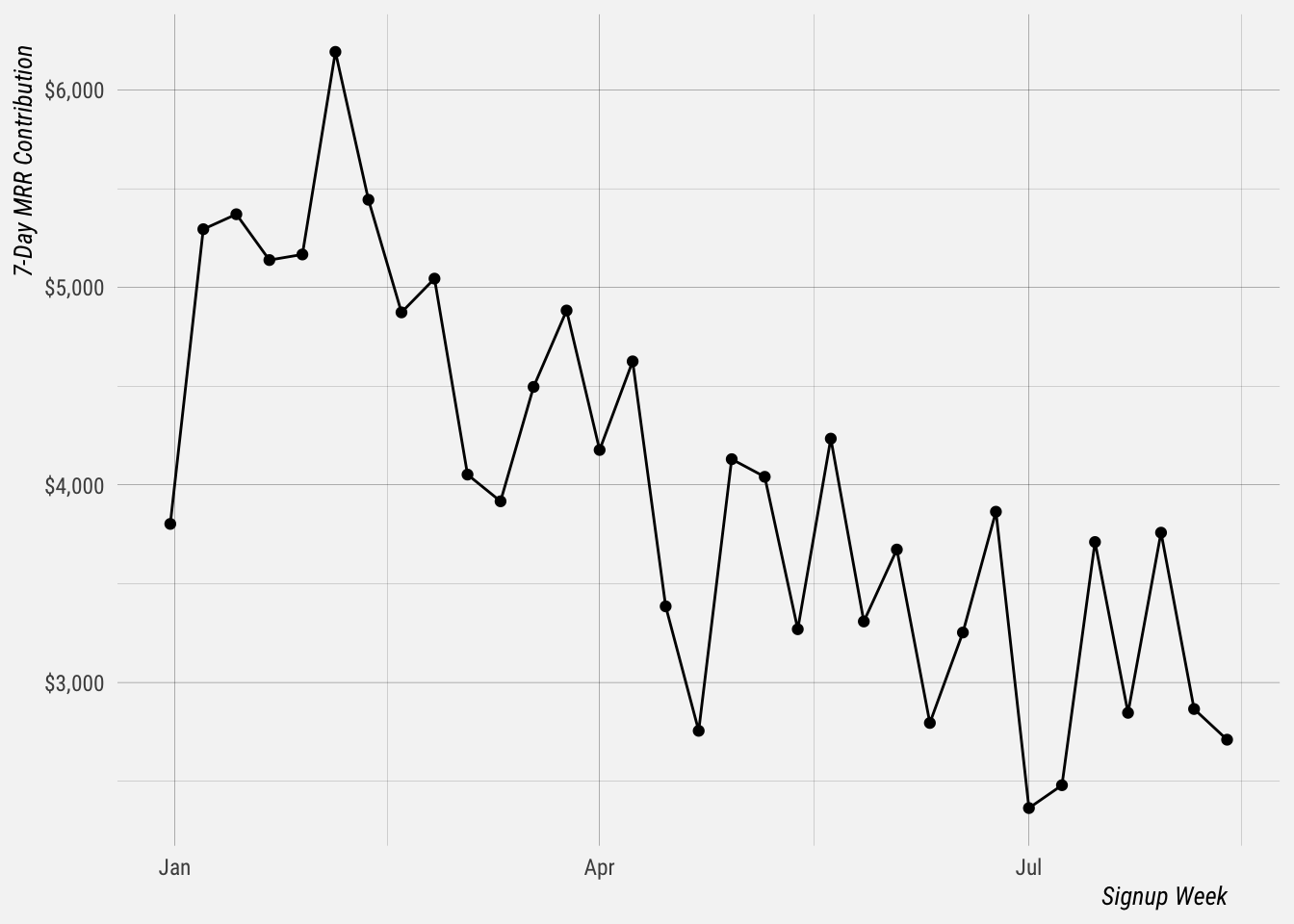