How Much Time Off the Buffer Team Took in 2019

In this analysis we’ll take a look at the number of vacation days the team took in 2019. This analysis excludes people that joined after the start of 2019 and people that left at some point before the very end of 2019. You can read more on Buffer’s vacation policy here.

Here’s a quick summary of the data.

The plot below shows the number of vacation days taken by each individual. Each dot represents one team member. Vacation days are counted in half-day increments. 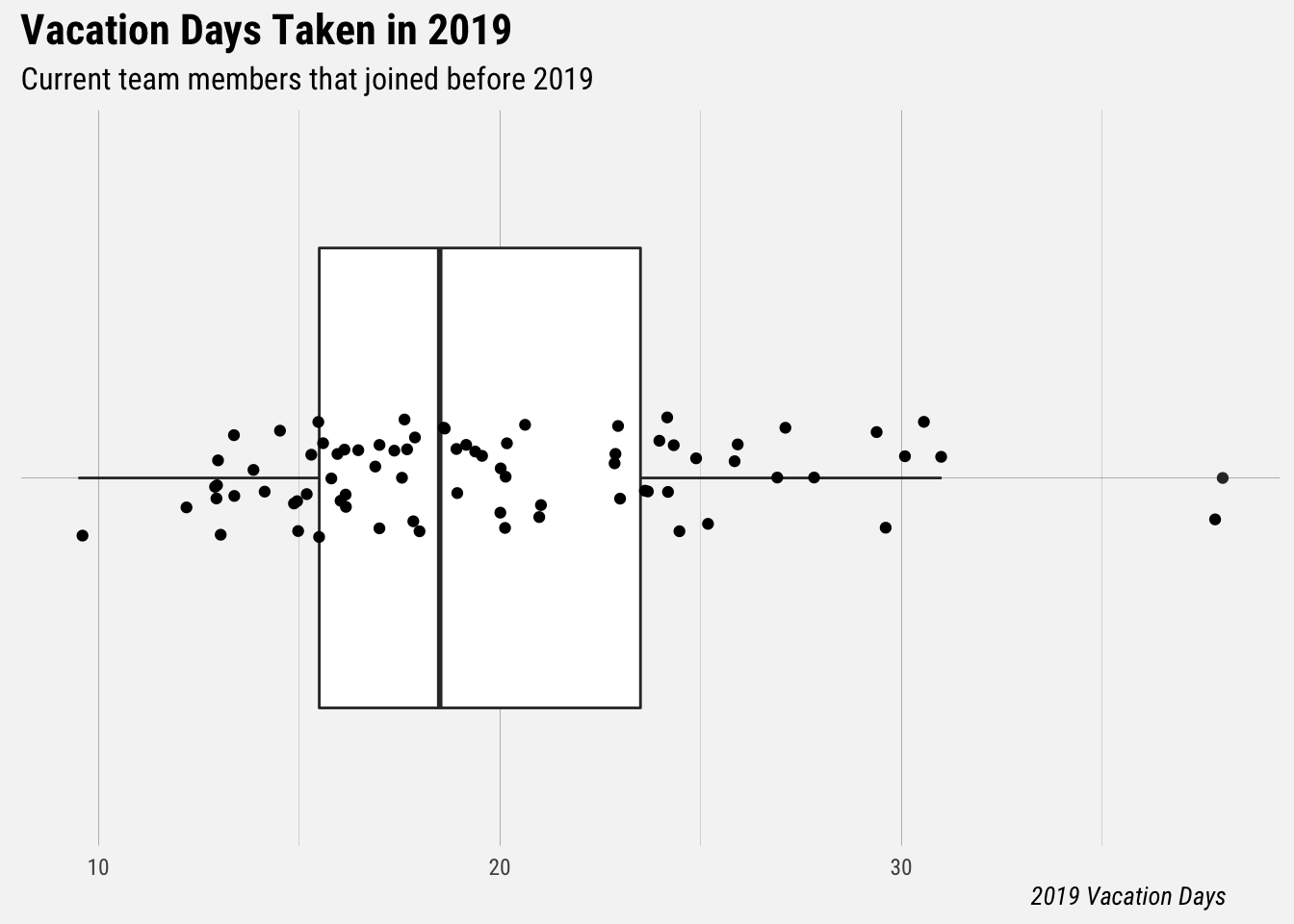 Now let’s break this down by department. 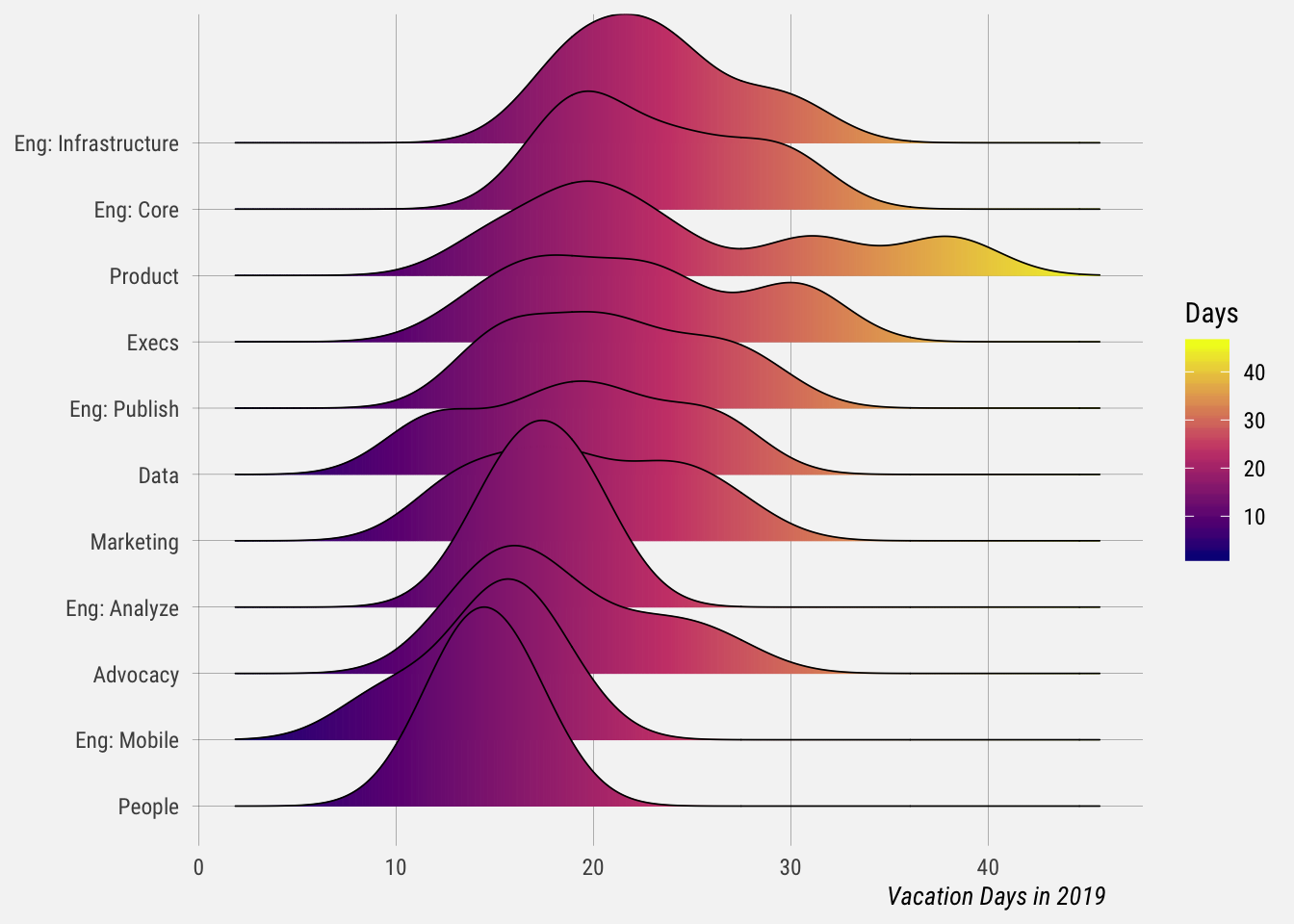 Let’s visualize the distributions with boxplots. 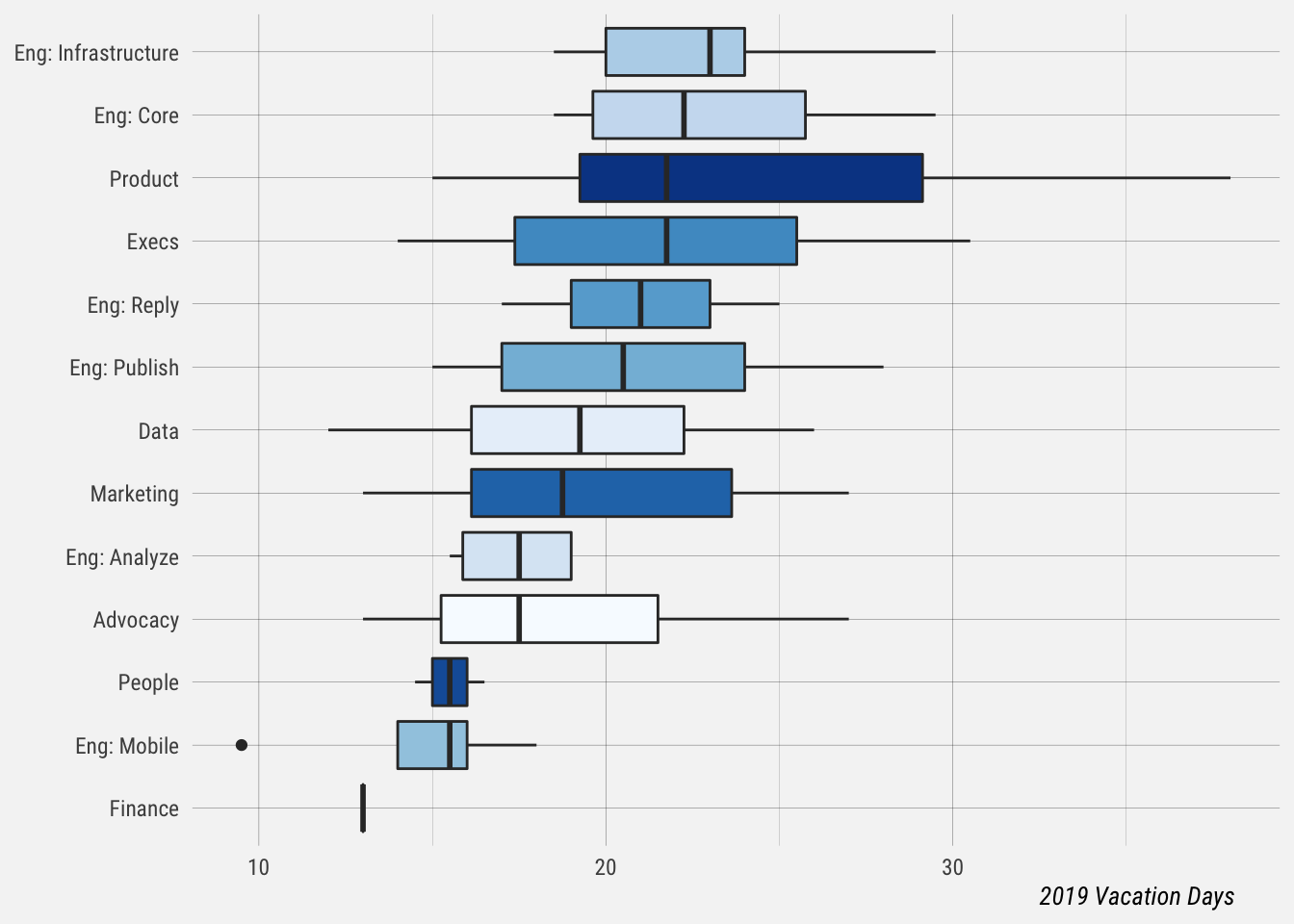 Next we can represent each team member as a dot, with the color representing the department. 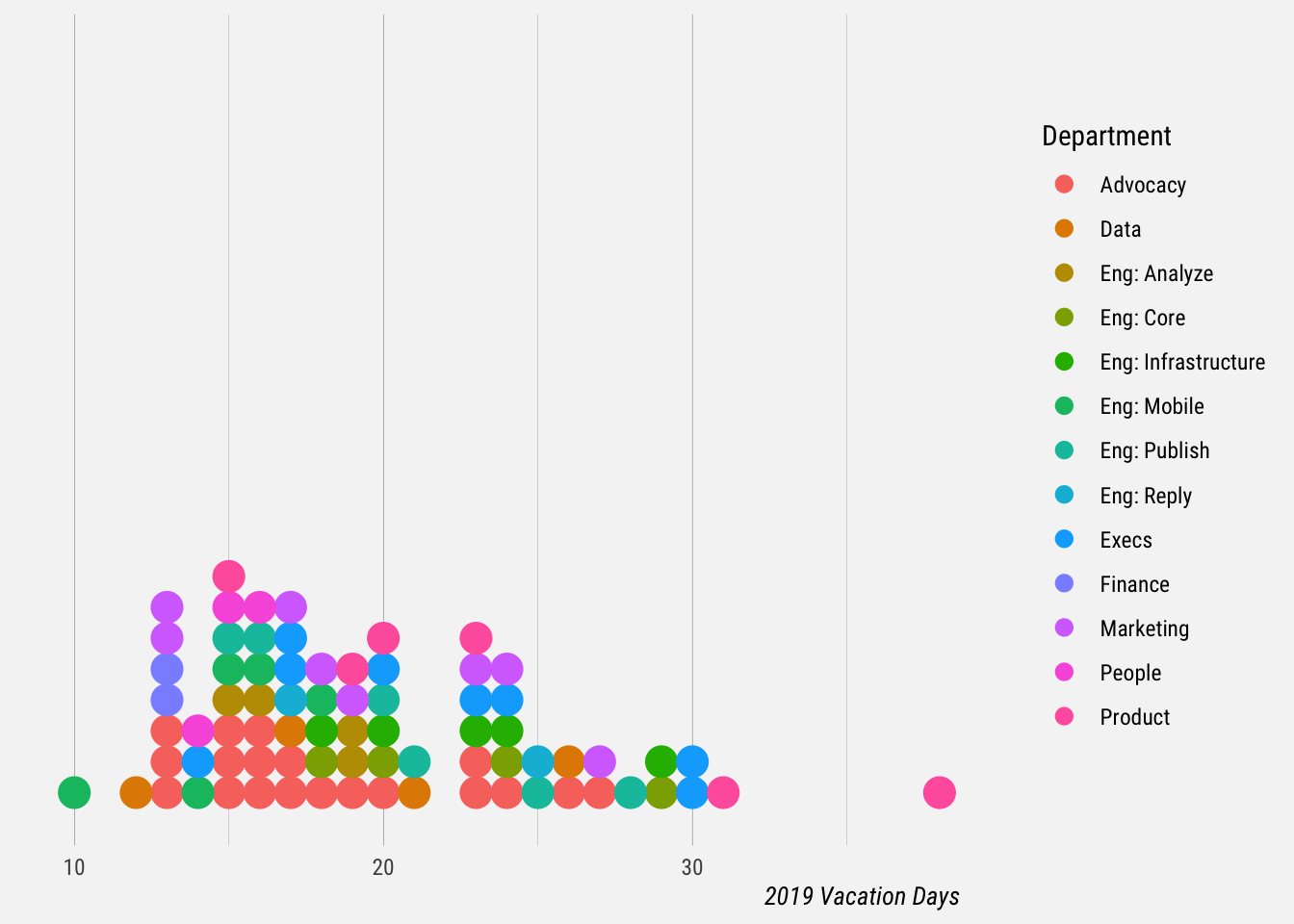 Now let’s visualize the distribution of vacation days taken for team members that live in certain regions of the world. The regions were defined arbitrarily.

We’ll consider the UK to be a part of Europe for now. Two regions were excluded because they only included one or two team members each, and they could be personally identified. 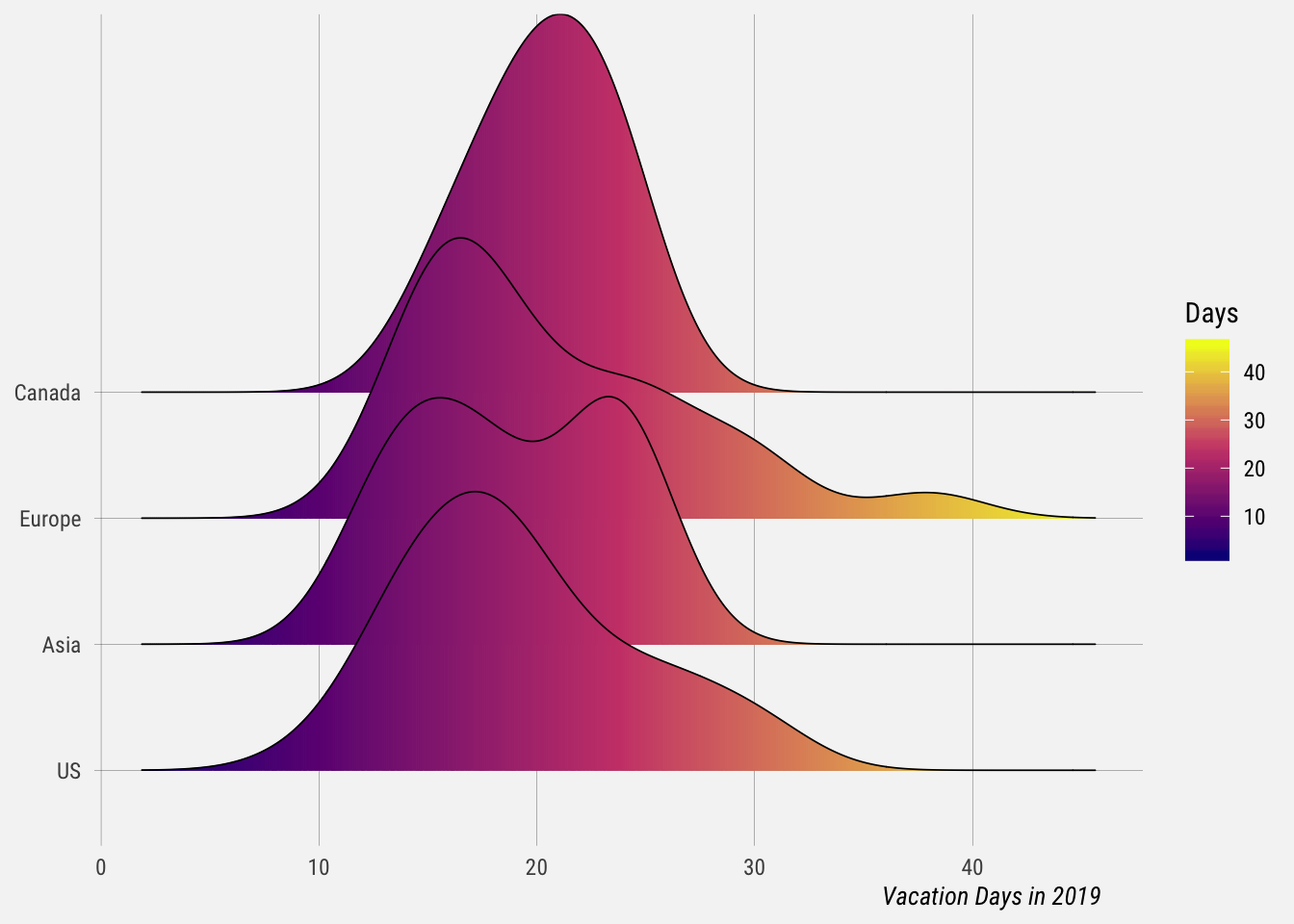 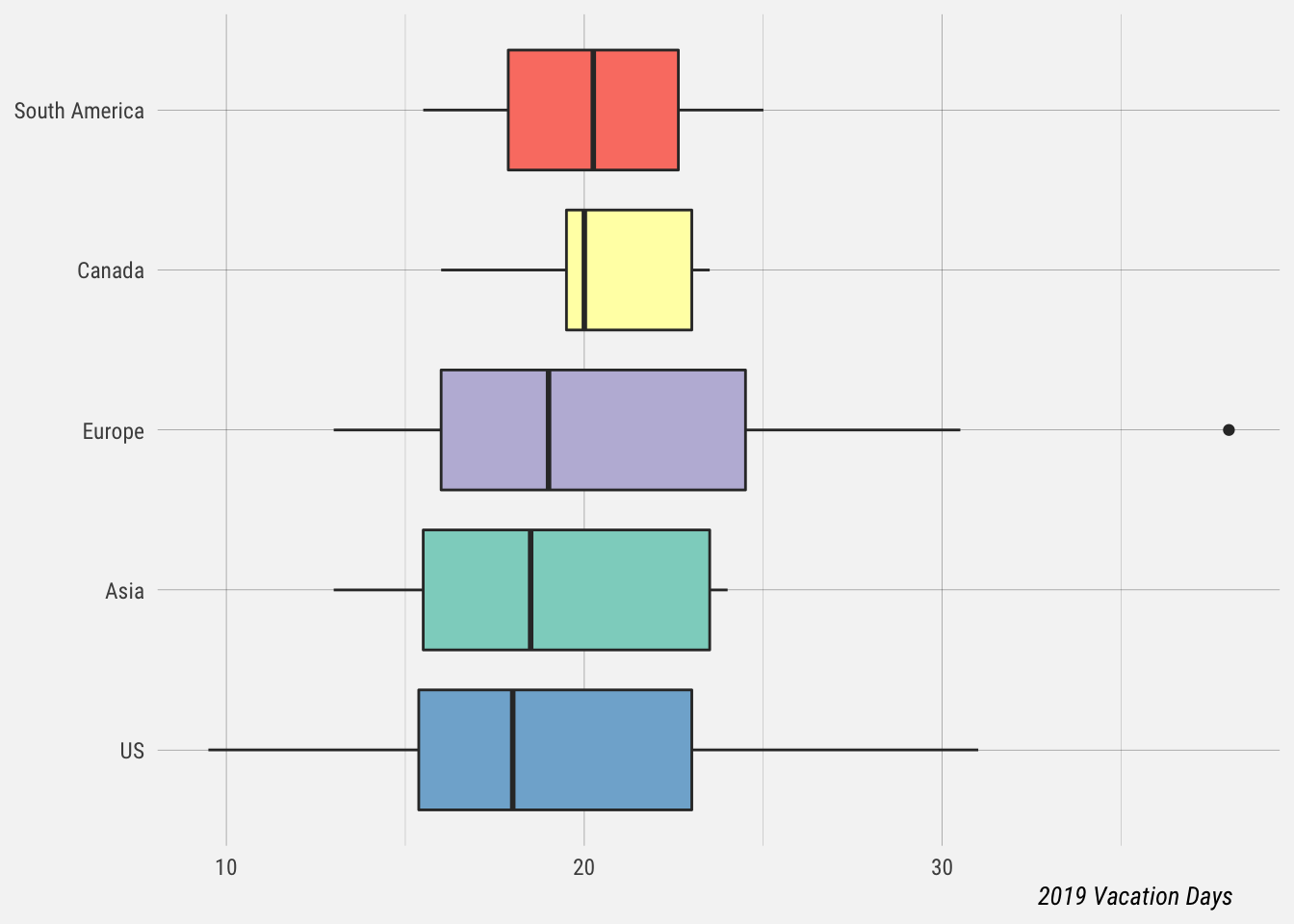 That’s it, thanks for reading!