In this analysis we’ll try to estimate the proportion of Free users that convert to a paid plan in Buffer Publish.

Around 30% of Subscription Started events come from users that either haven’t been on a trial or started one more than 30 days prior to the conversion event.

Even though there is a set of assumptions inherent in that calculation, we can estimate the free-to-paid conversion rate to be somewhere around 1.25%.

Great, there are 731 thousand users that signed up since July 2019.

Let’s plot the number of events that occur over time to spot check the data. 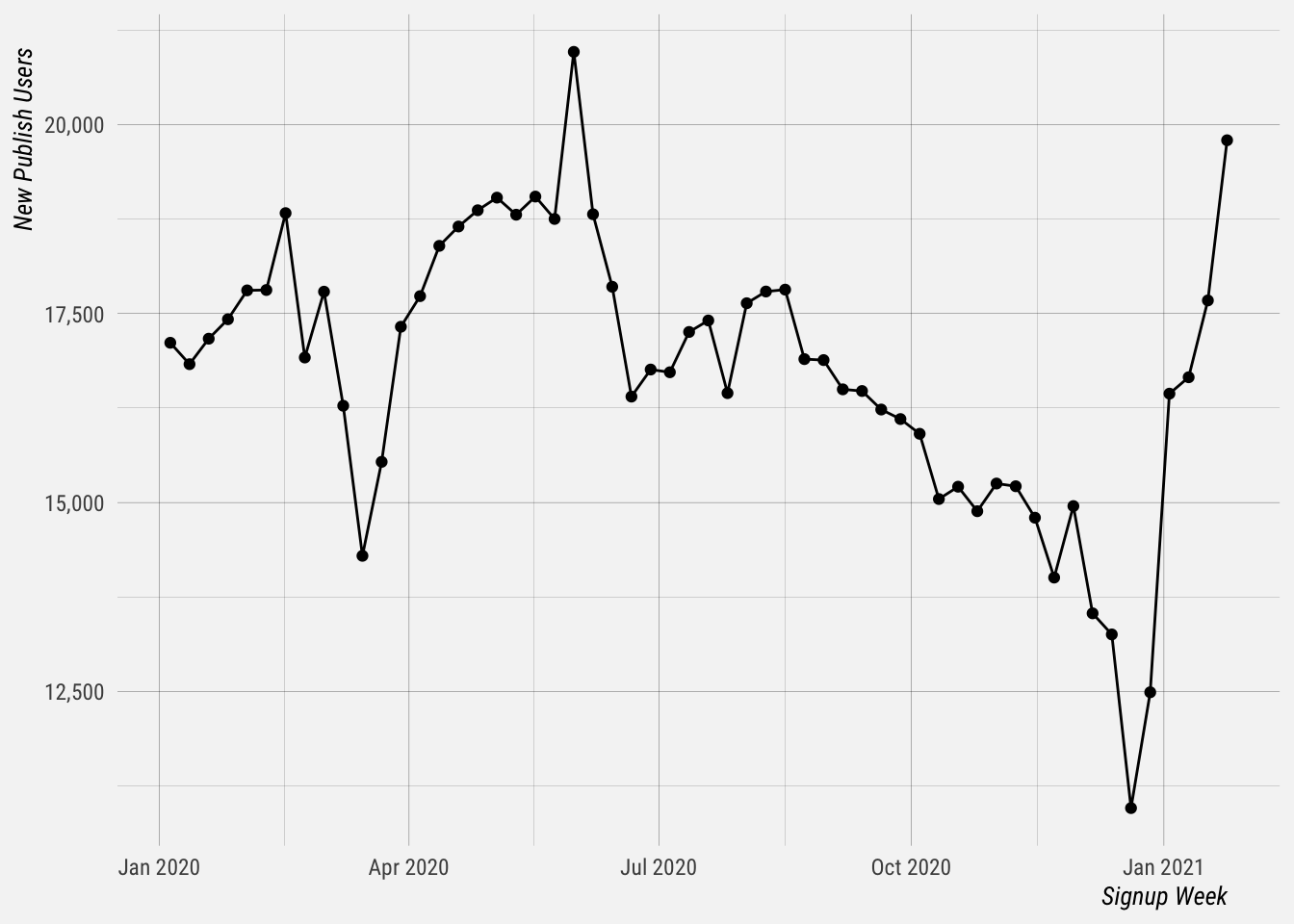 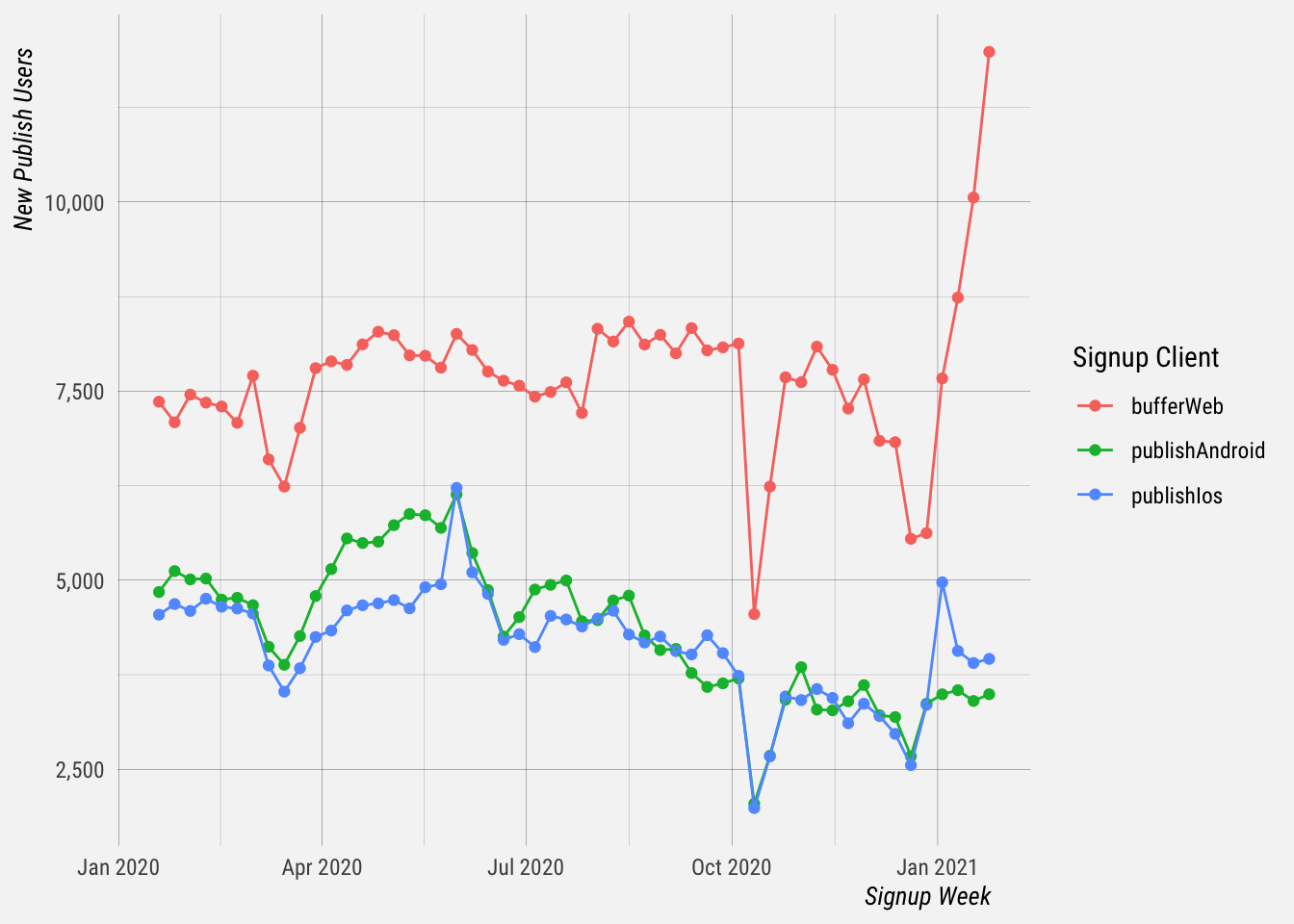 We started putting all new signups on Trial around August 2019. 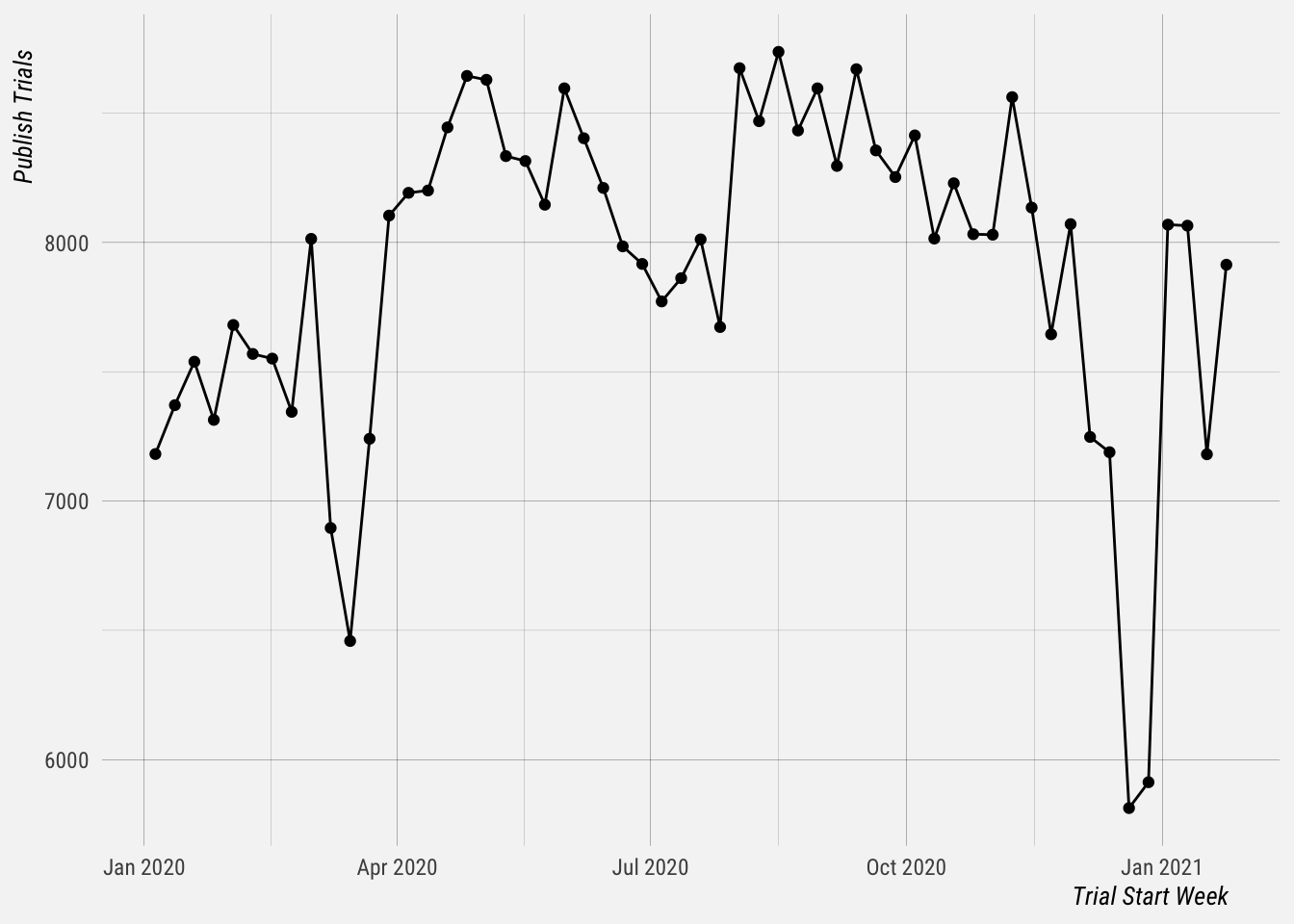 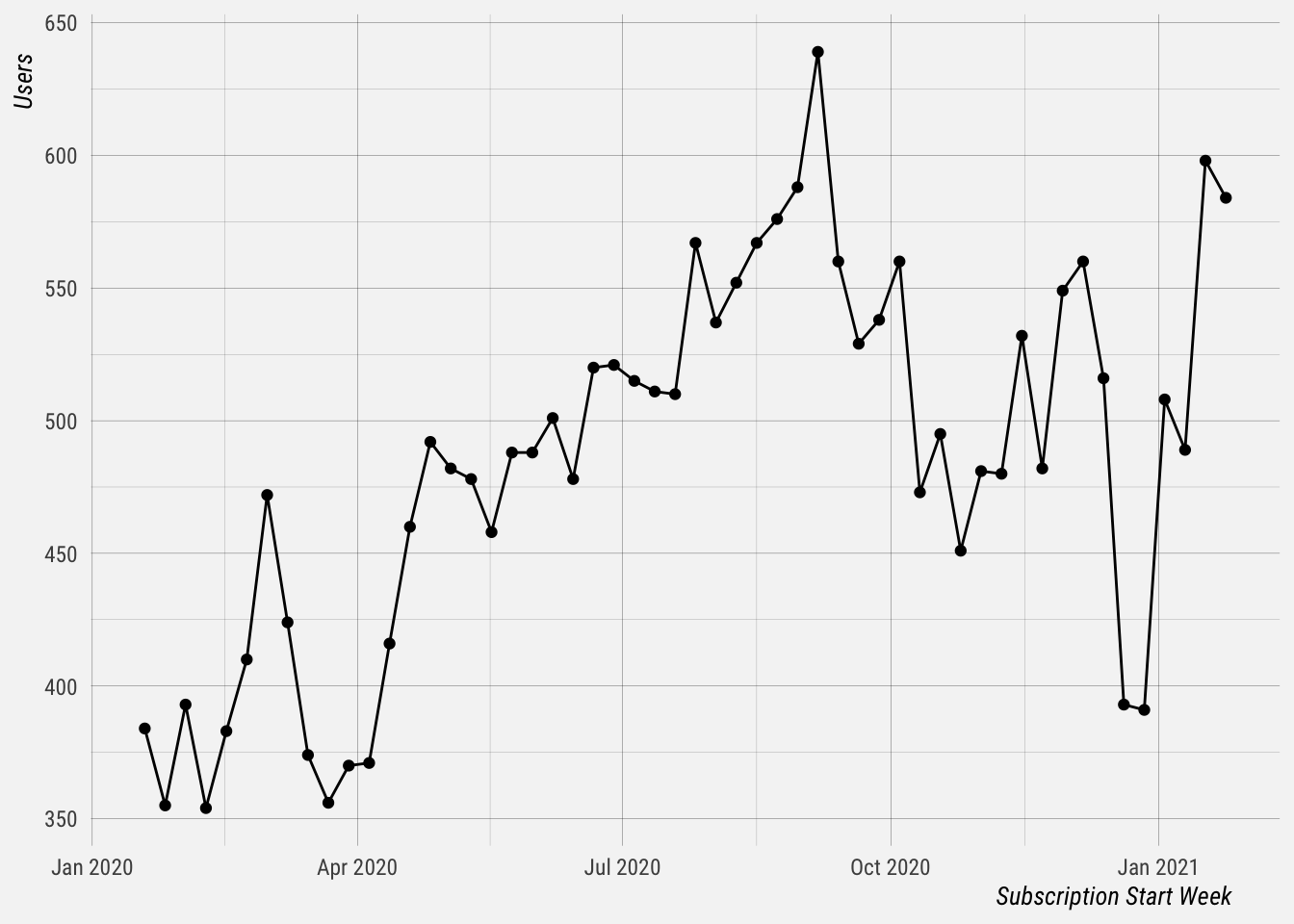 This plot seems to indicate that most Subscription Started events have a trial associated with them. Still, there seem to be a significant number of conversions that come from users that aren’t on a trial or have never had a trial. 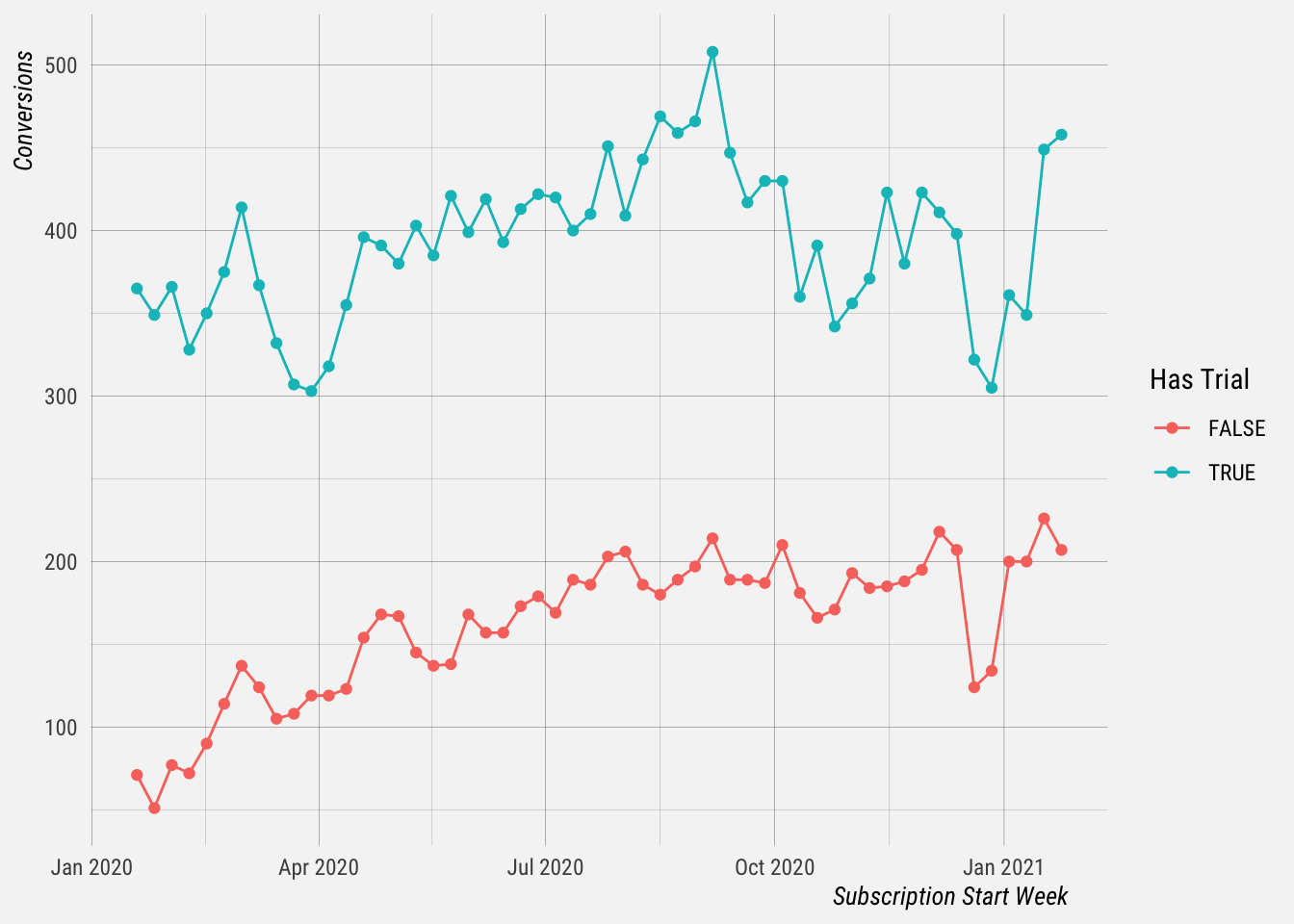 What should the denominator be? We want the total number of users that were on the Free plan. 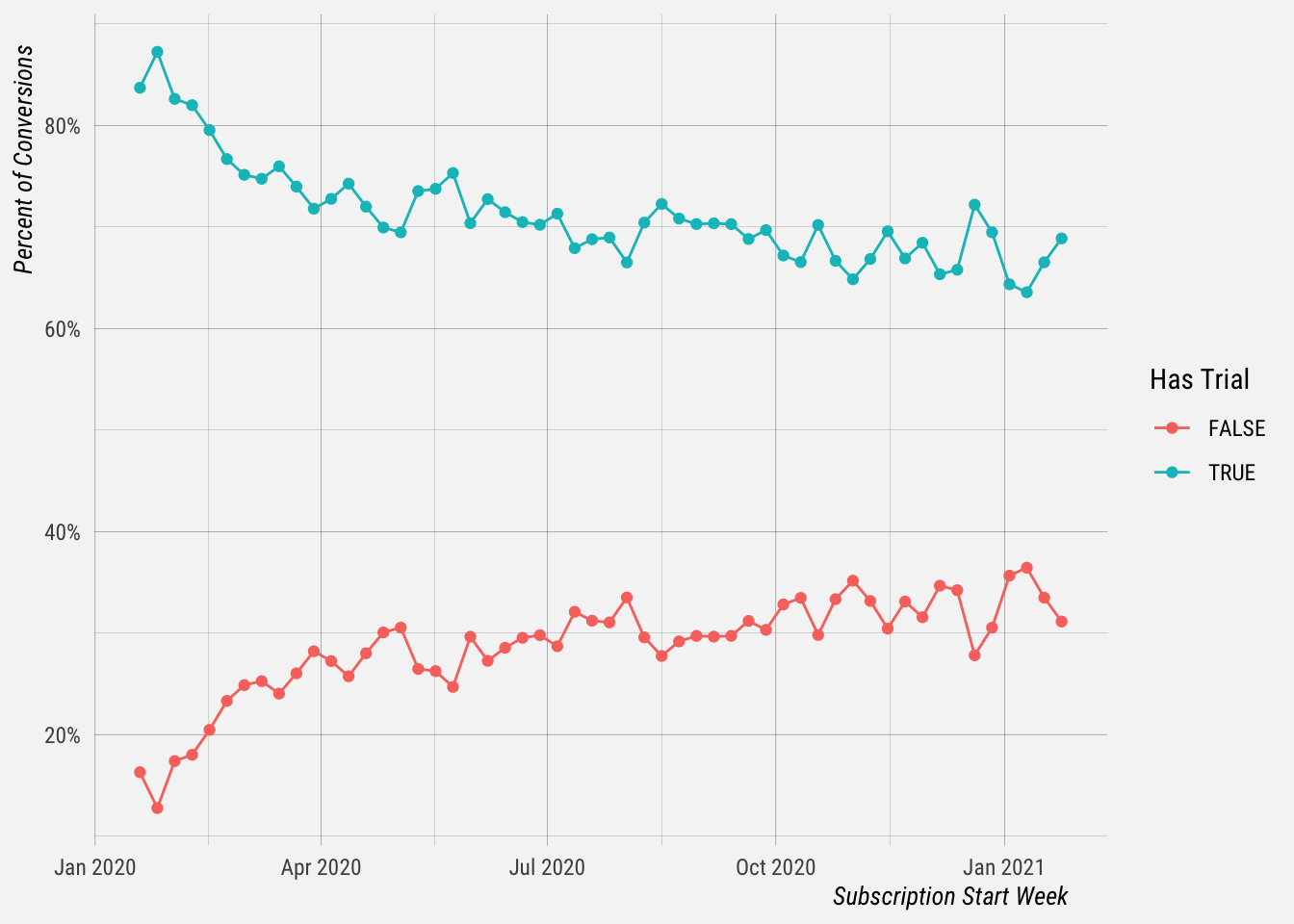 The conversion rate is lowest in the most recent months because those users have had the least amount of time to convert, and the COVID-19 pandemic. We can estimate that, under more “normal” circumstances, the free-to-paid conversion rate is somewhere around 1.25%.