In this analysis we’ll examine the ways in which mobile users upgrade to paid subscriptions. A mobile user is defined as one that signs up for Buffer with one of the mobile apps. We will be excluding users that started trials before subscribing to a paid plan.

Around 30% of Subscription Started events come from users that either haven’t been on a trial or started one more than 30 days prior to the conversion event.

With the deprecation of Buffer Classic, which was perhaps the main source of users subscribing without a trial, the estimated proportion of users that purchase a paid subscription after having been on a Free plan for multiple weeks is around 0.85% to 1%.

We collect CTA data in the Subscription Started event. Let’s use these to find the most common sources of upgrades for mobile users without trials. 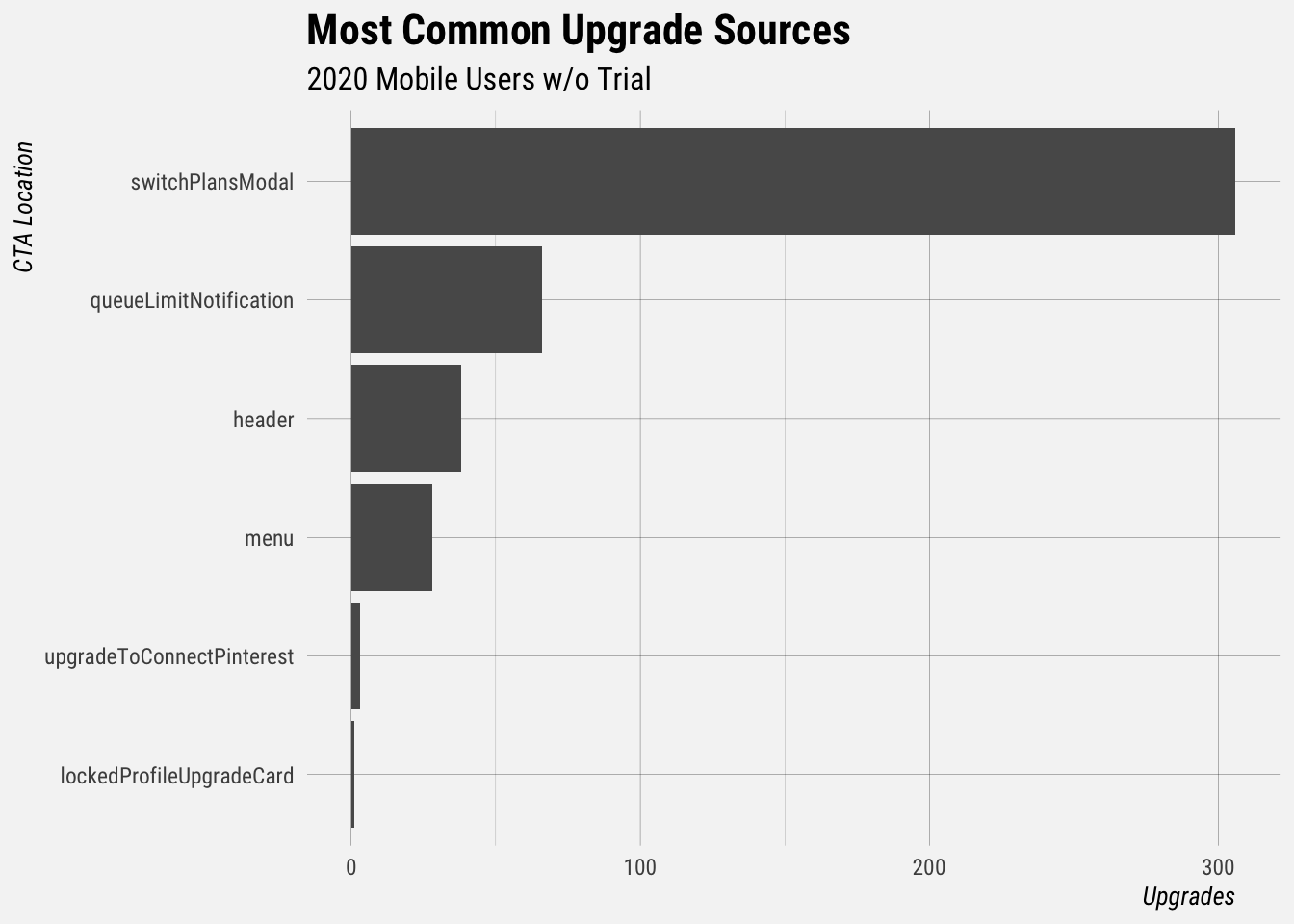 The most common location is the switch plans modal, followed by the queue limit notification and header. 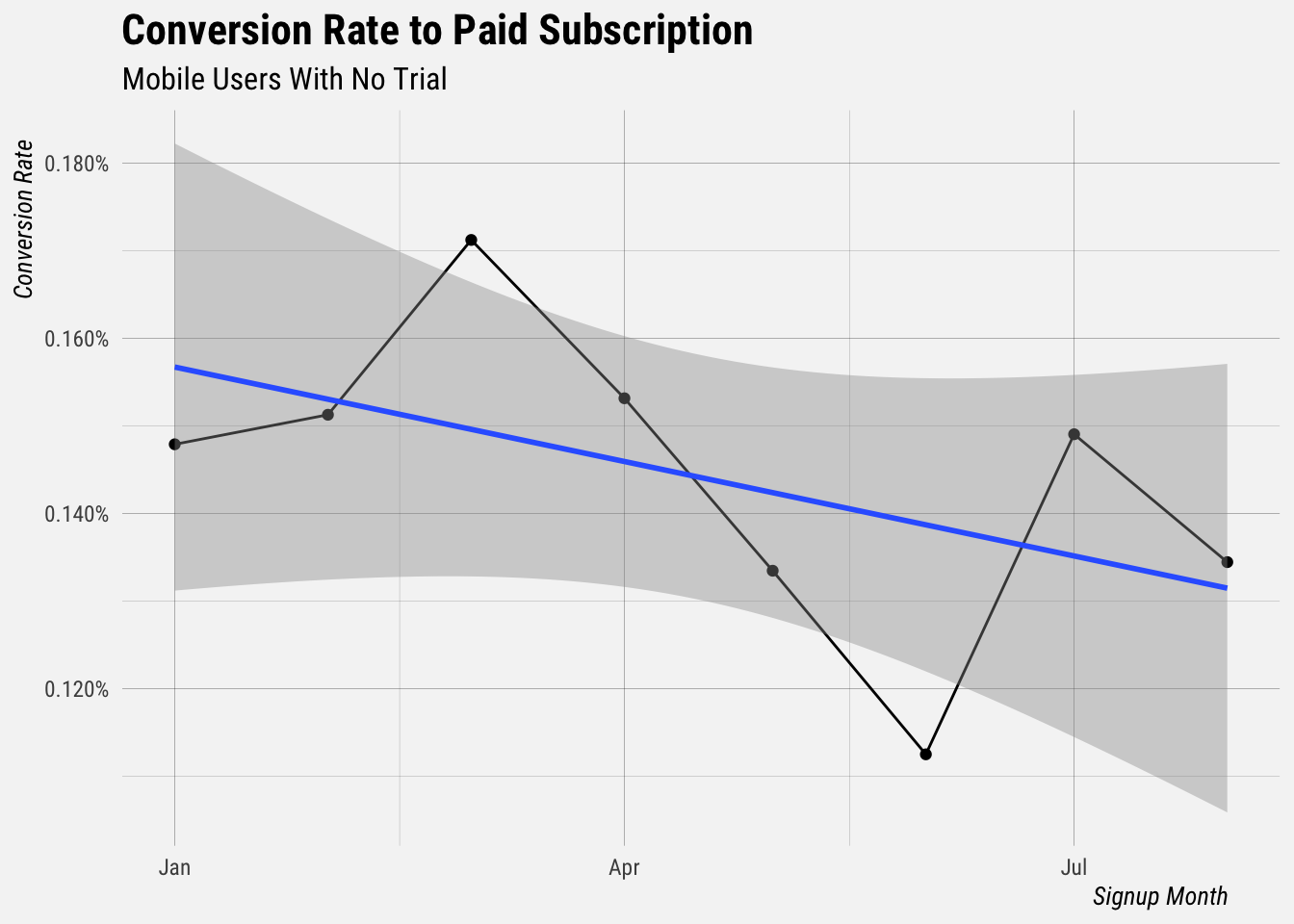