In this analysis we will look at the correlation between the number of followers that a channel has and the probability of the channel’s owner subscribing to a paid subscription.

My hypothesis is that there is a reasonably strong correlation between follower counts and the likelihood of converting. This makes intuitive sense, since those users with significant follower counts can make more use of Buffer’s solutions like Analyze and Engage. I would guess that users would be more invested in Publishing content to those followers as well.

I hope to use this analysis as futher evidence to encourage the team to start collecting follower count data when channels are connected to Buffer.

One caveat I should mention is that the data used in this analysis largely comes from the followers_count table in MongoDB. Some Publish channels have follower count data, but many do not. Of the 1.39 million channels connected to Publish in 2020, only 113K (8%) have followers data.

There is a strong correlation between the number of followers a user’s channel has and the likelihood of the user converting to a paid subscription. The correlation is strong for each channel, but appears to be strongest for Instagram and Facebook channels.

Based on these findings, I would encourage the team to start collecting follower counts data for all channels that are connected to Buffer.

The code to collect the data has been hidden so that this document is more readable. The dataset only includes Publish users that signed up in 2020 and connected channels for which we have followers data. Here’s a glimpse of what it looks like.

For each profile service, let’s plot the distribution of the number of followers. 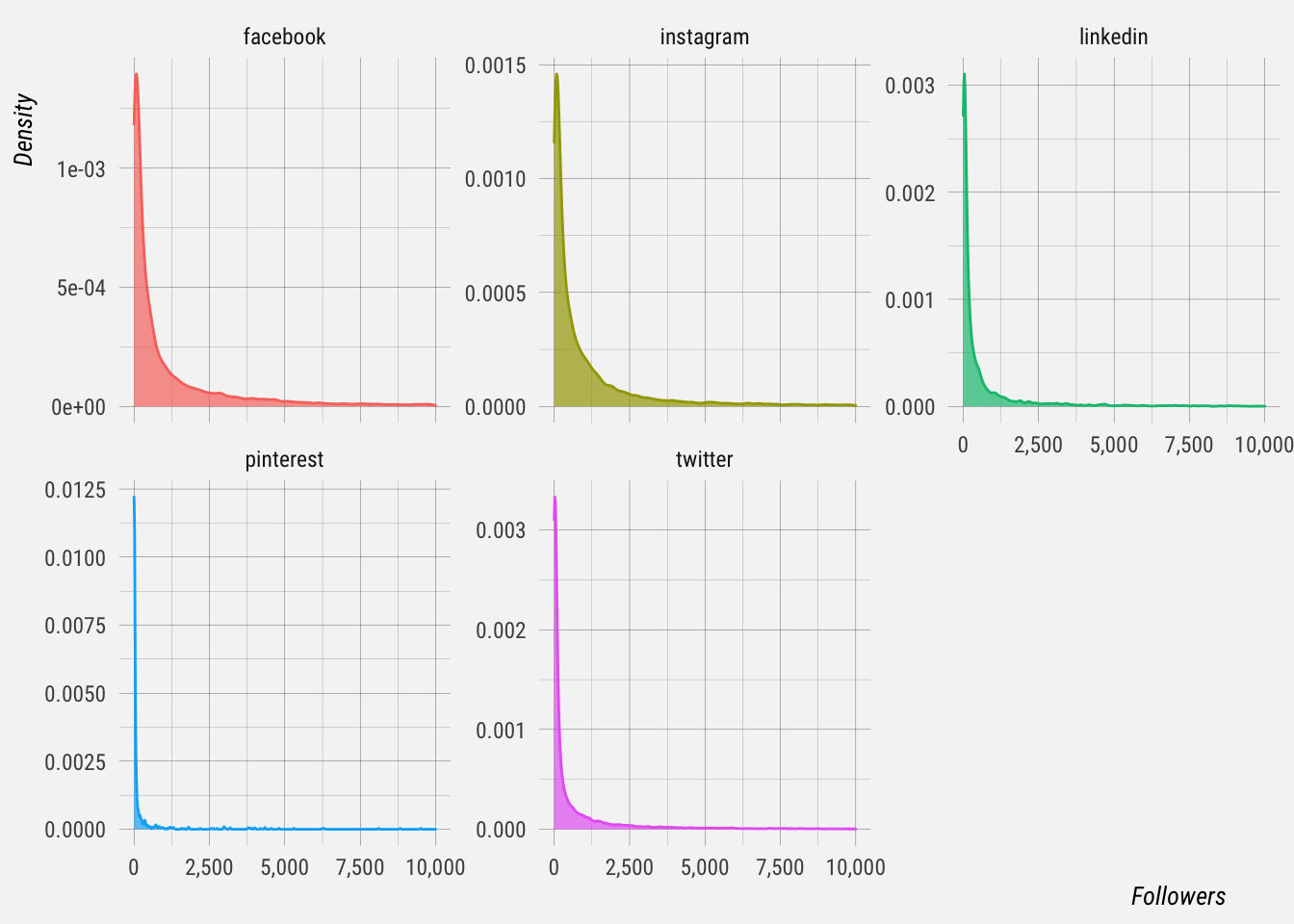 Unsurprisingly, the follower counts follow a power-law distribution, with many channels having very few followers and a few channels having a large number of followers. One way to address this is to put channels into “buckets”. There can be a bucket for 0-100 followers, one for 101-1000 followers, etc. 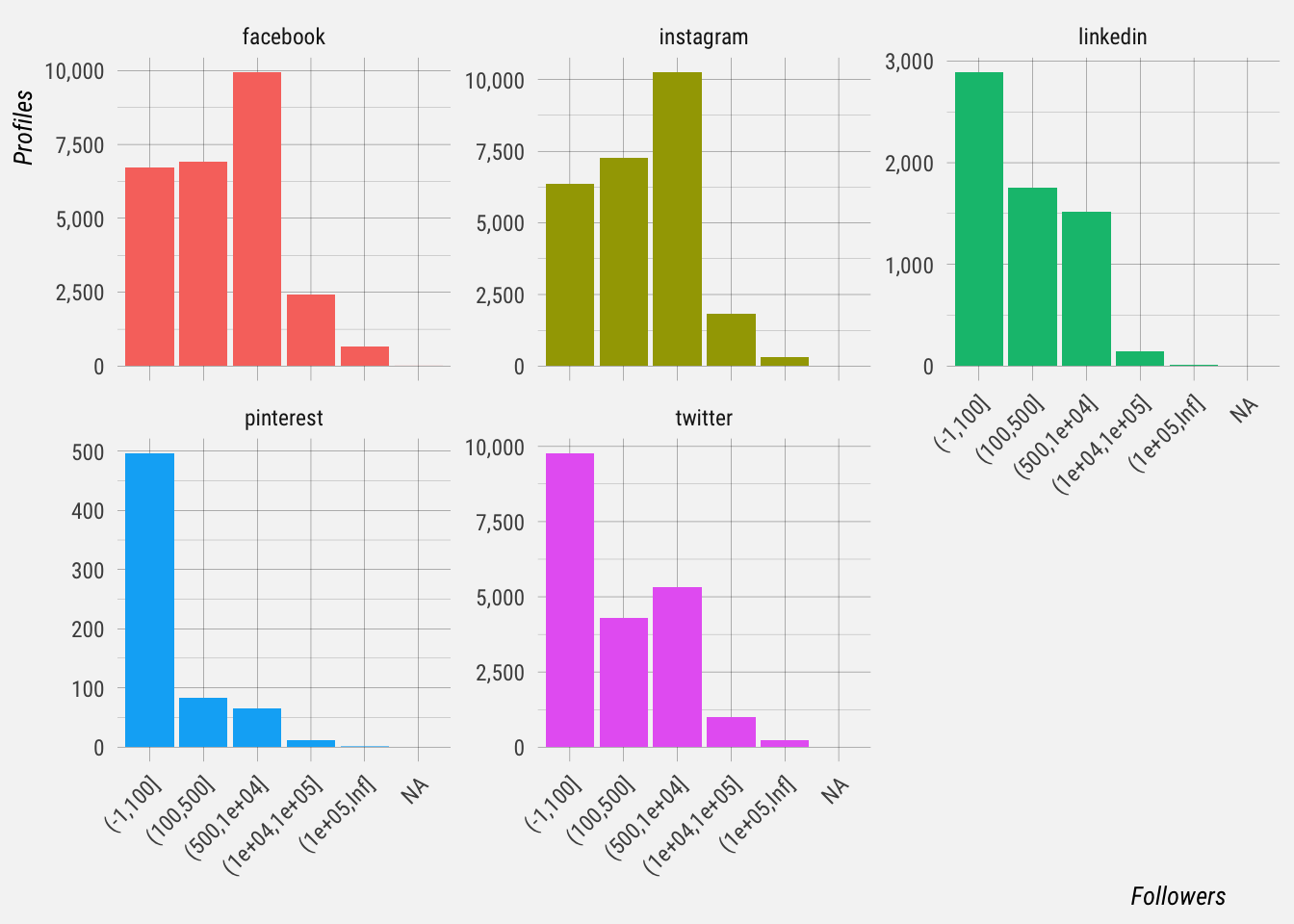 Now let’s see if follower counts are correlated with the probability of paying for a Buffer subscription. We’ll make use of these follower buckets again. 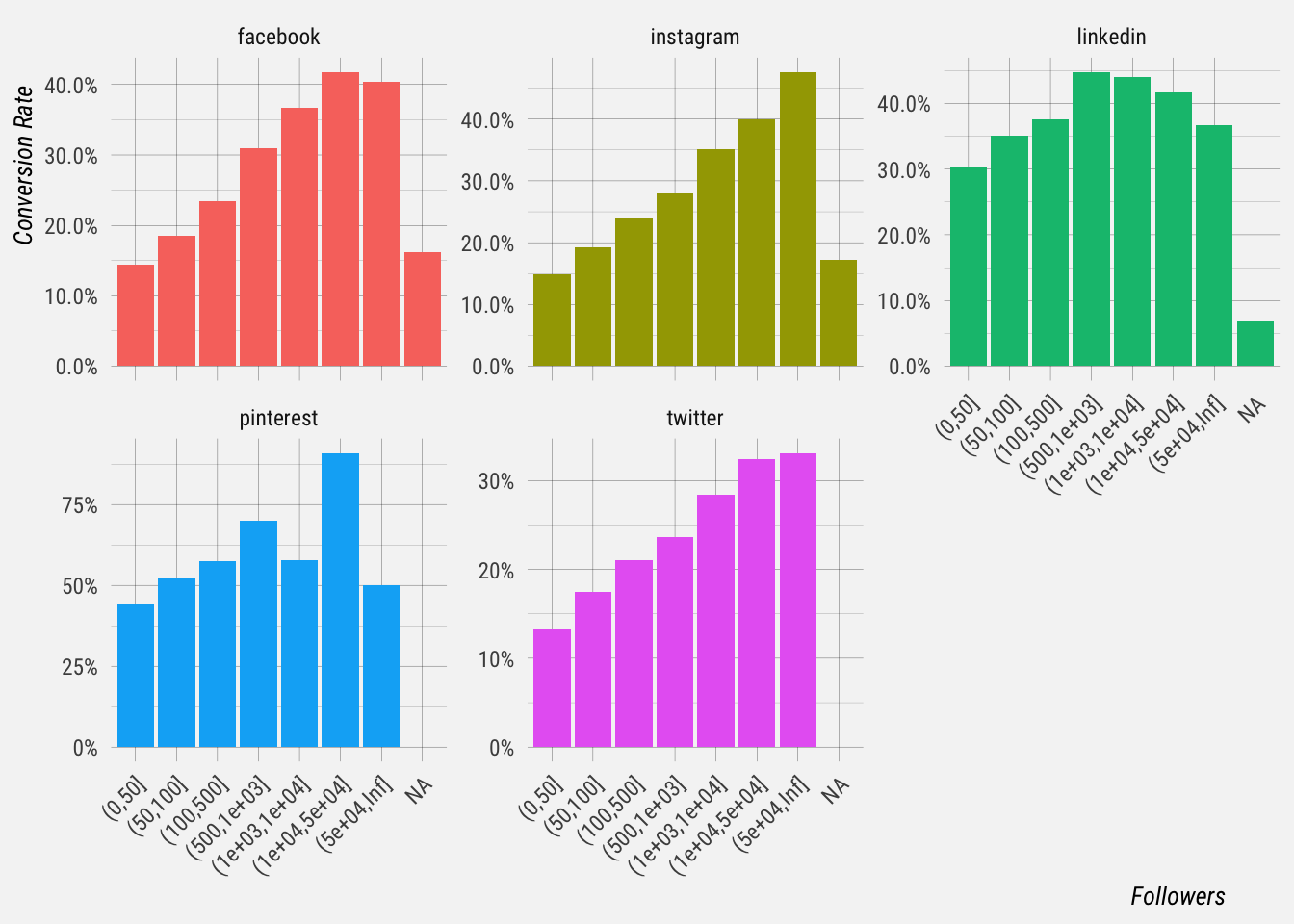 We can see that there appears to be a strong correlation, particularly for Facebook and Instagram profiles. Conversion rates for those users with 0-50 followers is around 15%, compared to > 40% for those with 50,000 followers or more. 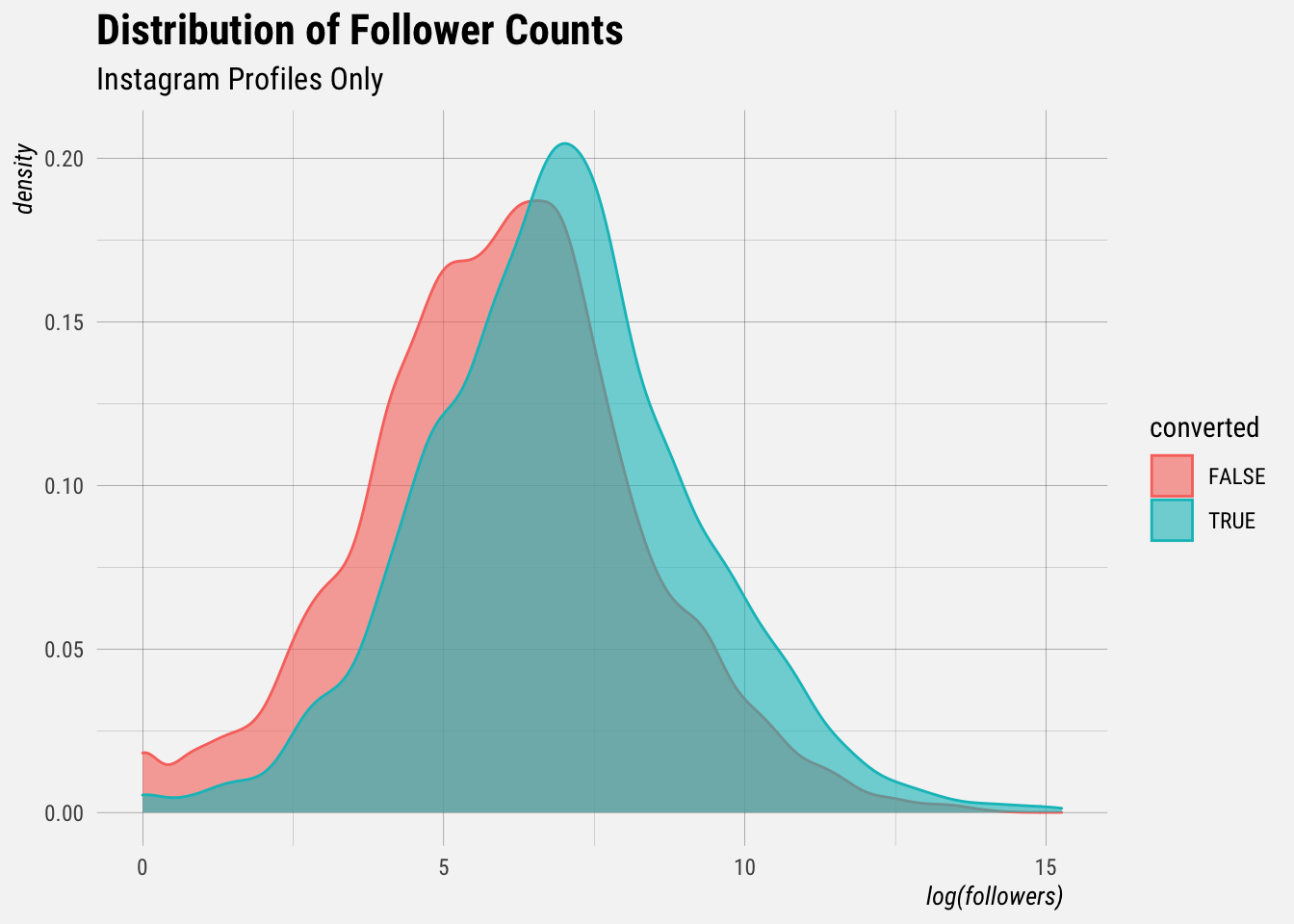 We can see that the distribution of followers for converted is clearly shifted to the right, which suggests that converted users tend to have more followers for their Instagram accounts.

The model suggests that the follower counts may be a very significant predictor of the likelihood of converting. There are likely other confounding factors, but this model fit still suggests a strong correlation if not a causal relationship.