On Monday January 25 the engagement tool was launched to the public. In this analysis we’ll try to estimate the impact that this launch has had on trial conversions. The dataset includes approximately 45 thousand trials started between January 1, 2021 and February 1, 2021.

To begin, let’s get a better sense of the dataset with some summary tables. The table below shows the total number and percentage of trials that converted to a paid subscription. 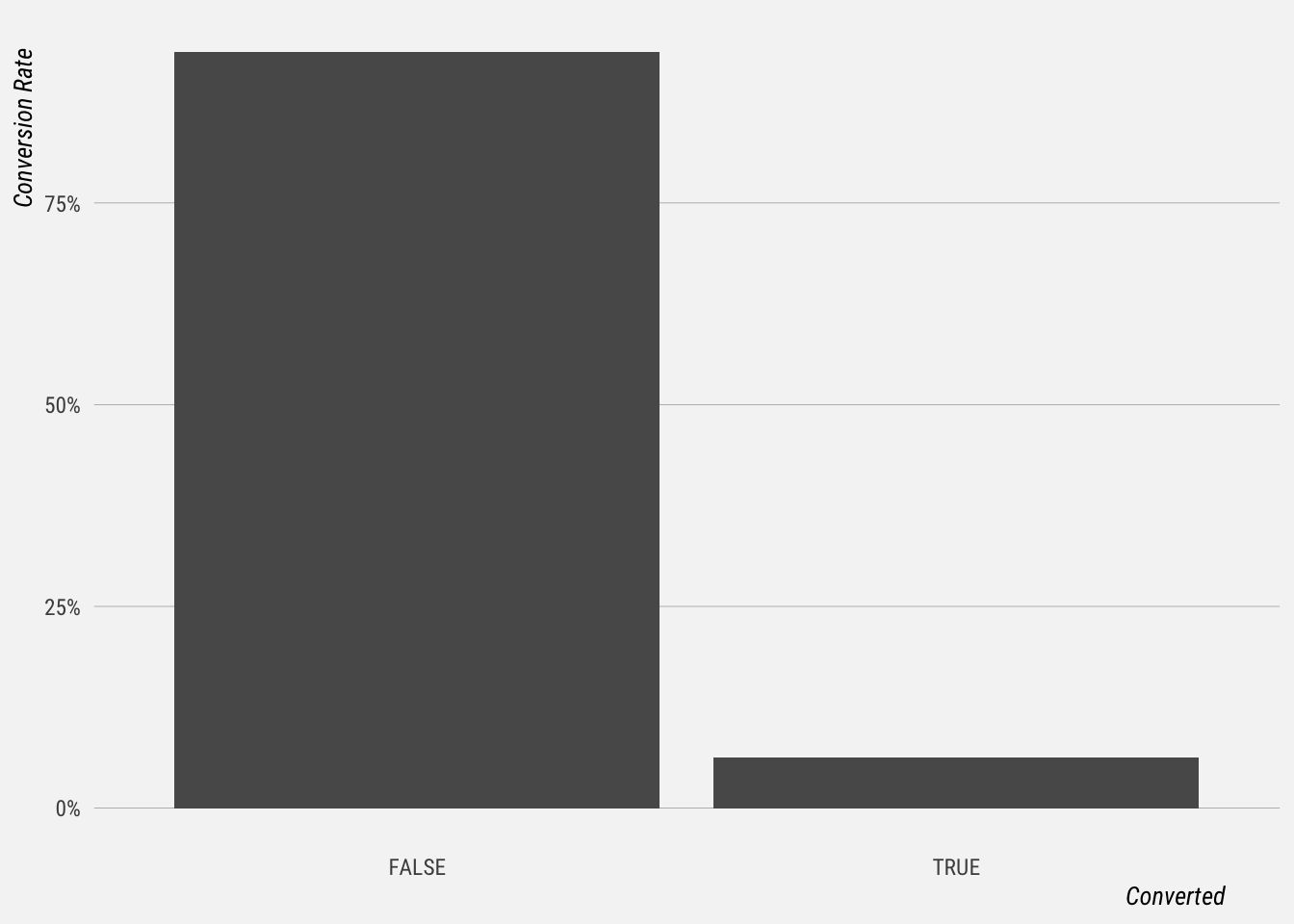 Next we’ll create a similar summary table, but include the use of the engagement tool as an additional factor to segment the trials by. 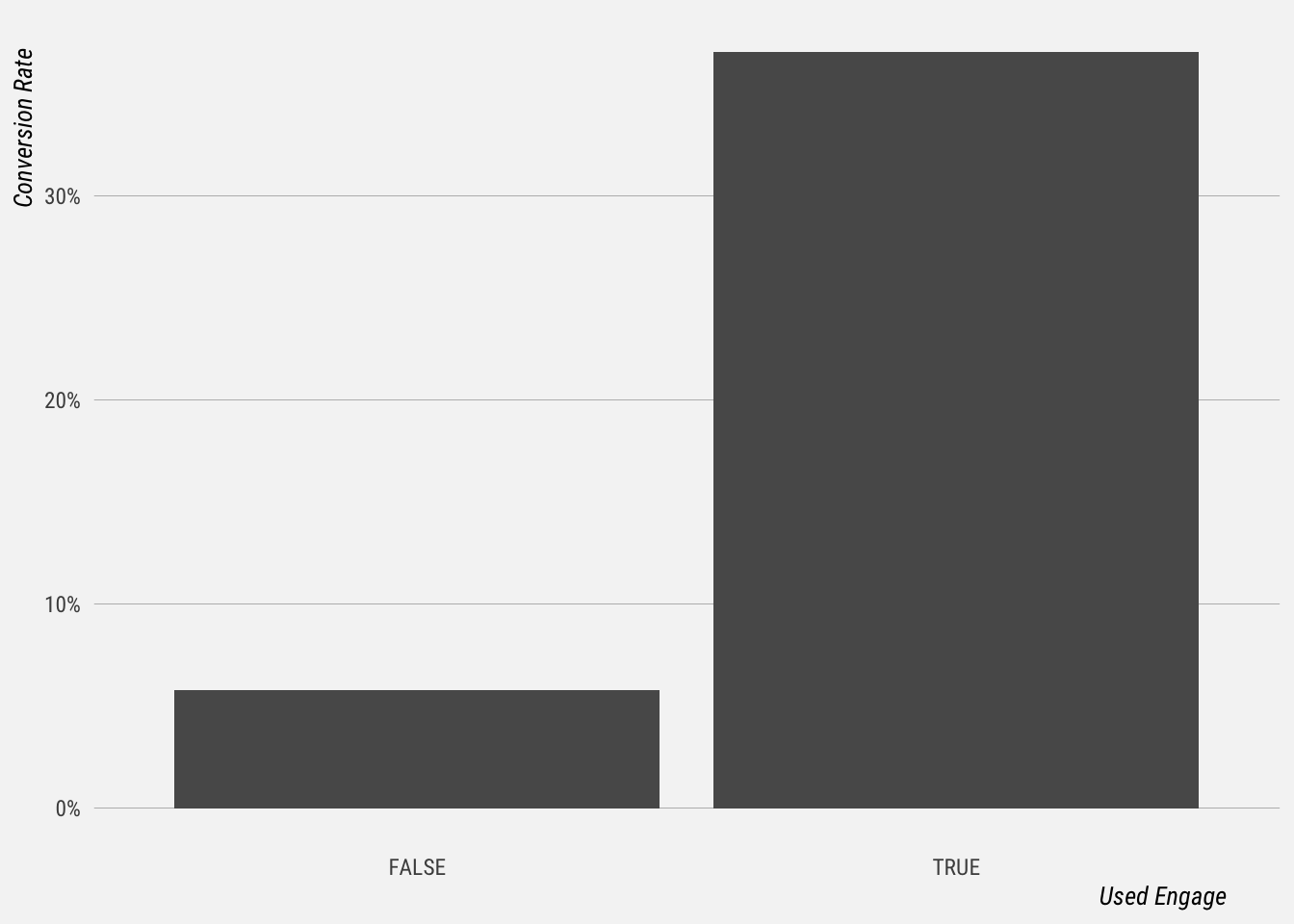 The table shows that users that used the engagement tool converted at a much higher rate (37%) than those that did not (6%).

One thing we need to be careful of is inadvertently comparing active trialists to inactive trialists. We will attempt to control for activity by only looking at trialists that connected an Instagram Business account and took at least one key action during the trial. The idea is that, by excluding inactive trials, we get closer to isolating the effect that using Engage has on trial conversion. 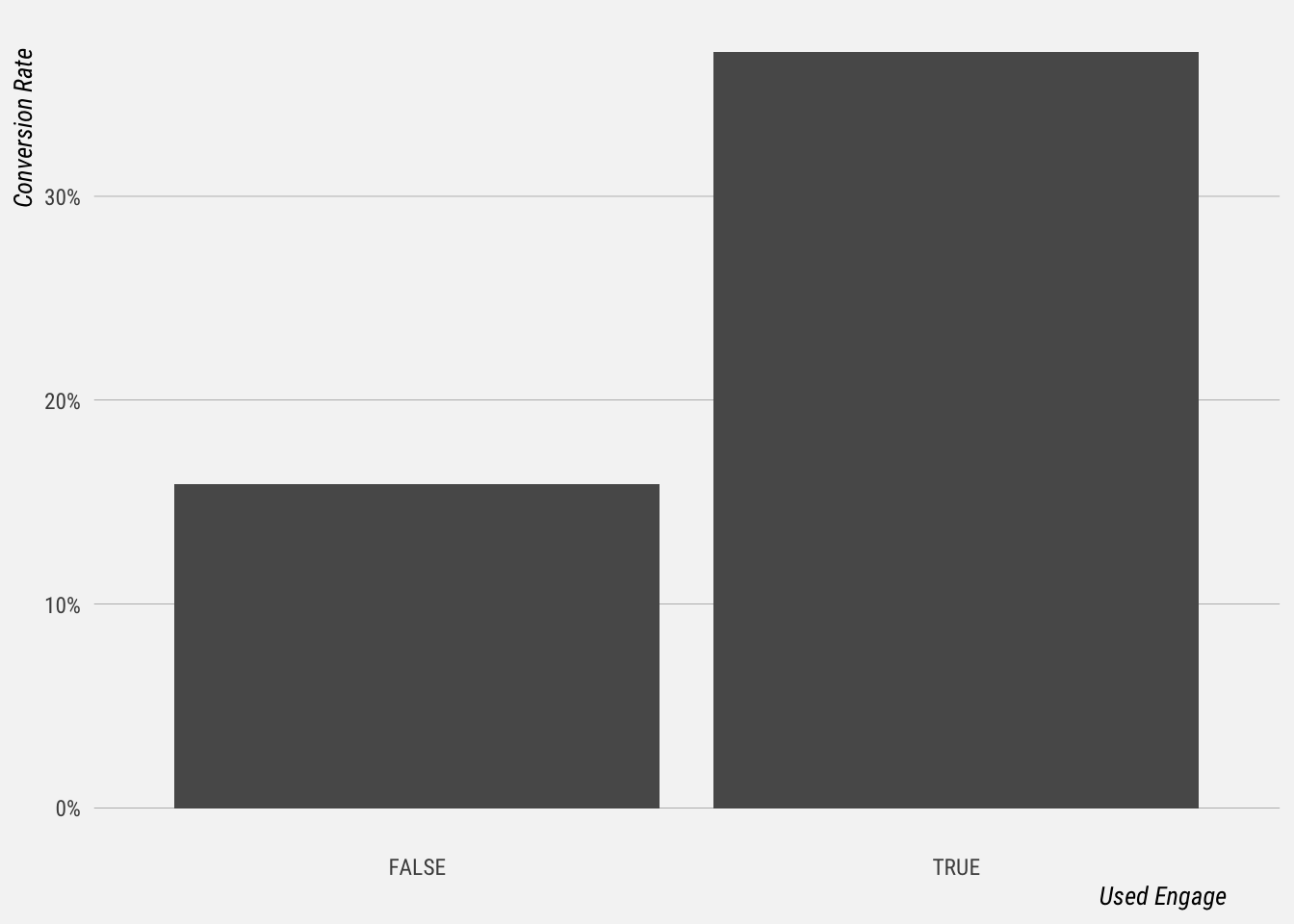 This table shows us that users that used the engagement tool during their trial still converted at significantly higher rates than those that did not, even if we only look at active trialists.

We can also fit a logistic regression model to this data to estimate the effect that using the engagement tool has on the likelihood of conversion, controlling for all other factors.

The other factors that we’ll be controlling for are the number of days active during the trial, whether the user connected an Instagram Business account, and whether the user was active in Publish and Analyze.

It should be noted that some of these factors are correlated, which makes the estimation of coefficient size more complicated and less reliable.

It turns out that these are all significant predictors of converting! Of the five predictors included in the model, having an Instagram Business account connected has the largest coefficient, which makes intuitive sense.

Since we did not run a randomized experiement, it’s difficult to tell if the engagement tool causes an increased likelihood of converting. Let’s do a quick gut check and plot the trial conversion rate over time. 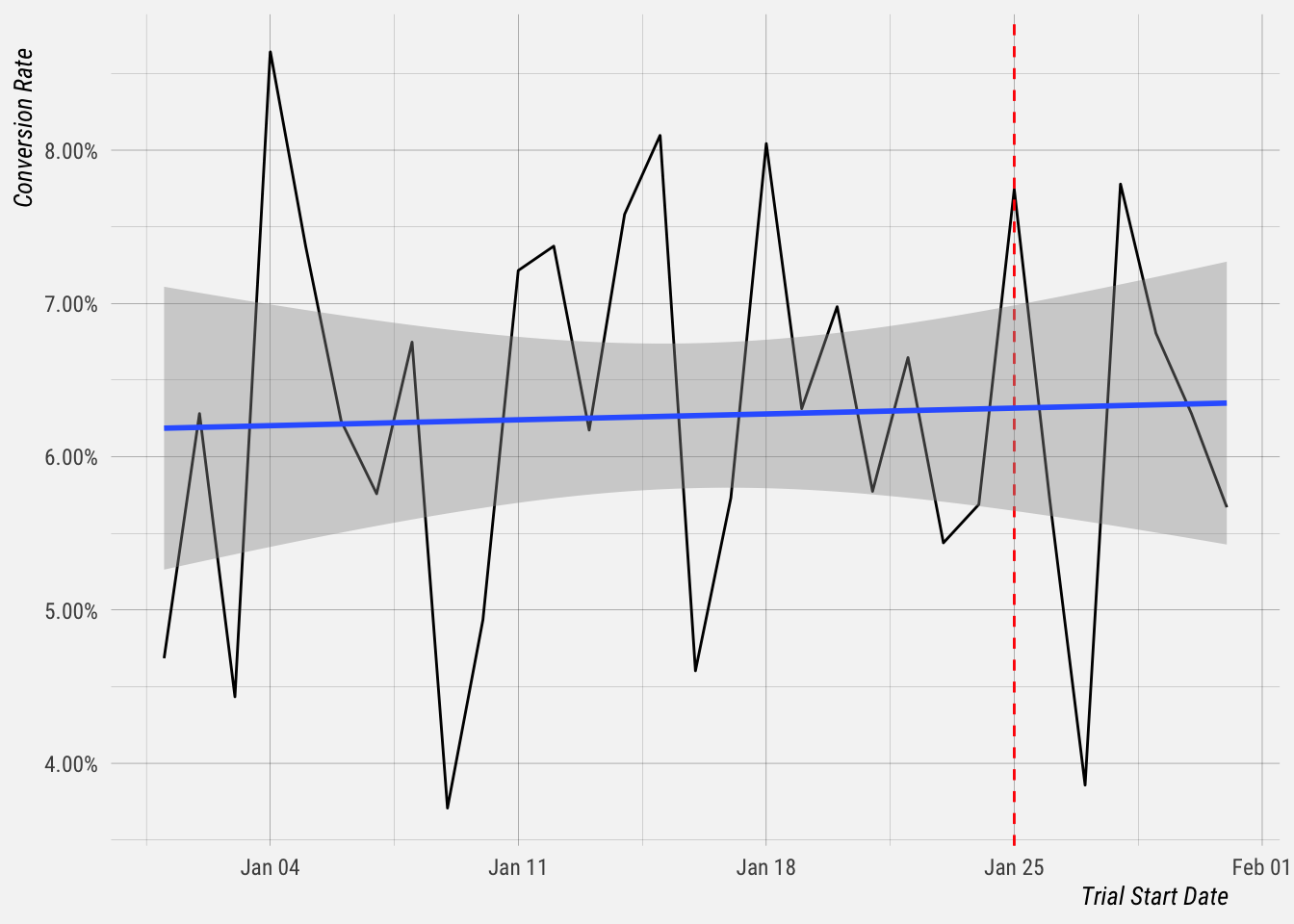