In this post we’ll analyze the MAU components and the conversion rates to different categories. We’ll look at the proportion of new MAU that transition to ambient MAU as well as the previous categories for ambient and churned MAU.

Here is the total proportion of new MAU that convert to ambient over time. 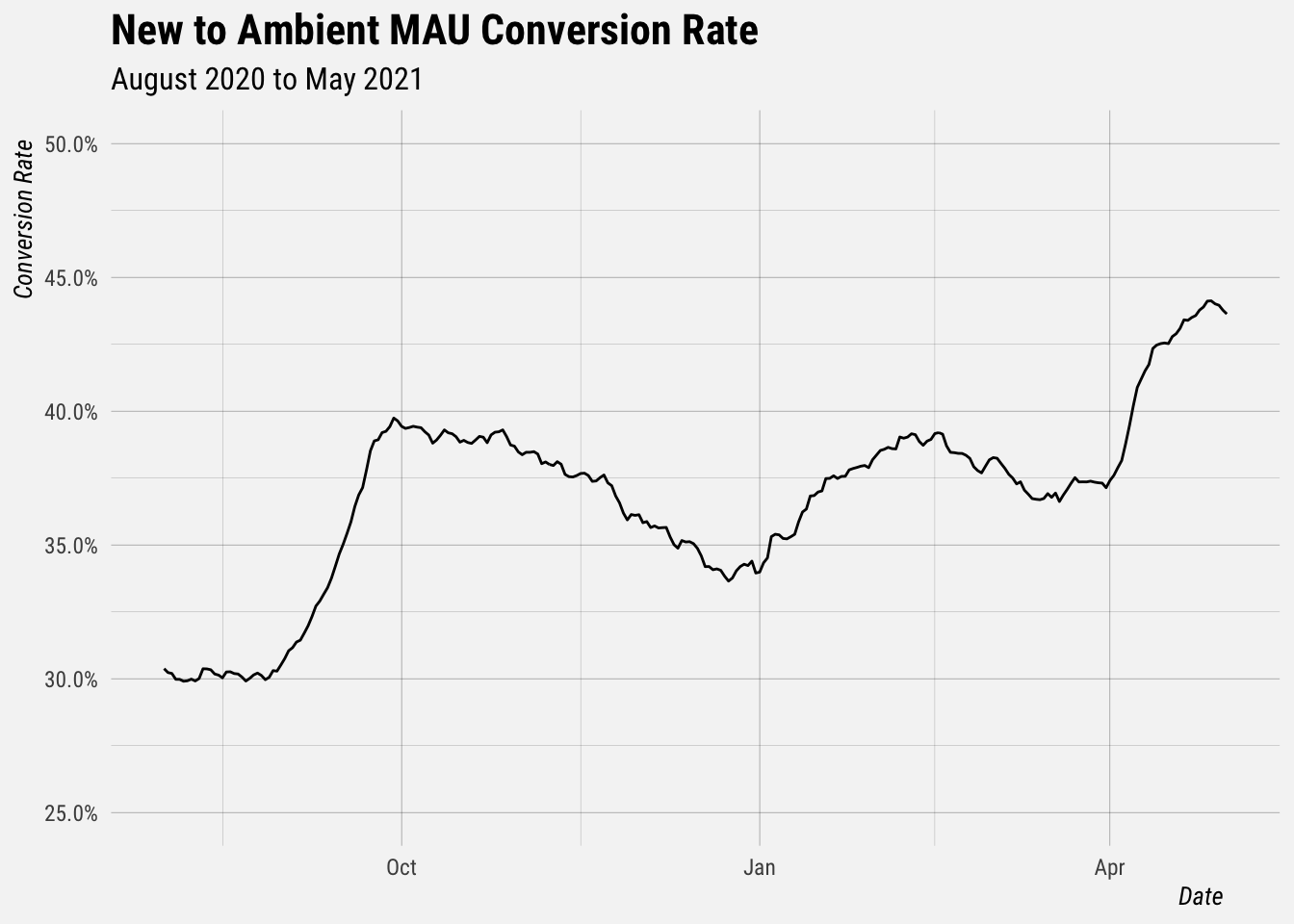 Next let’s break this down by whether the user signed up with a trial. To do this we use the signupWithTrial property in the Product Signup event. 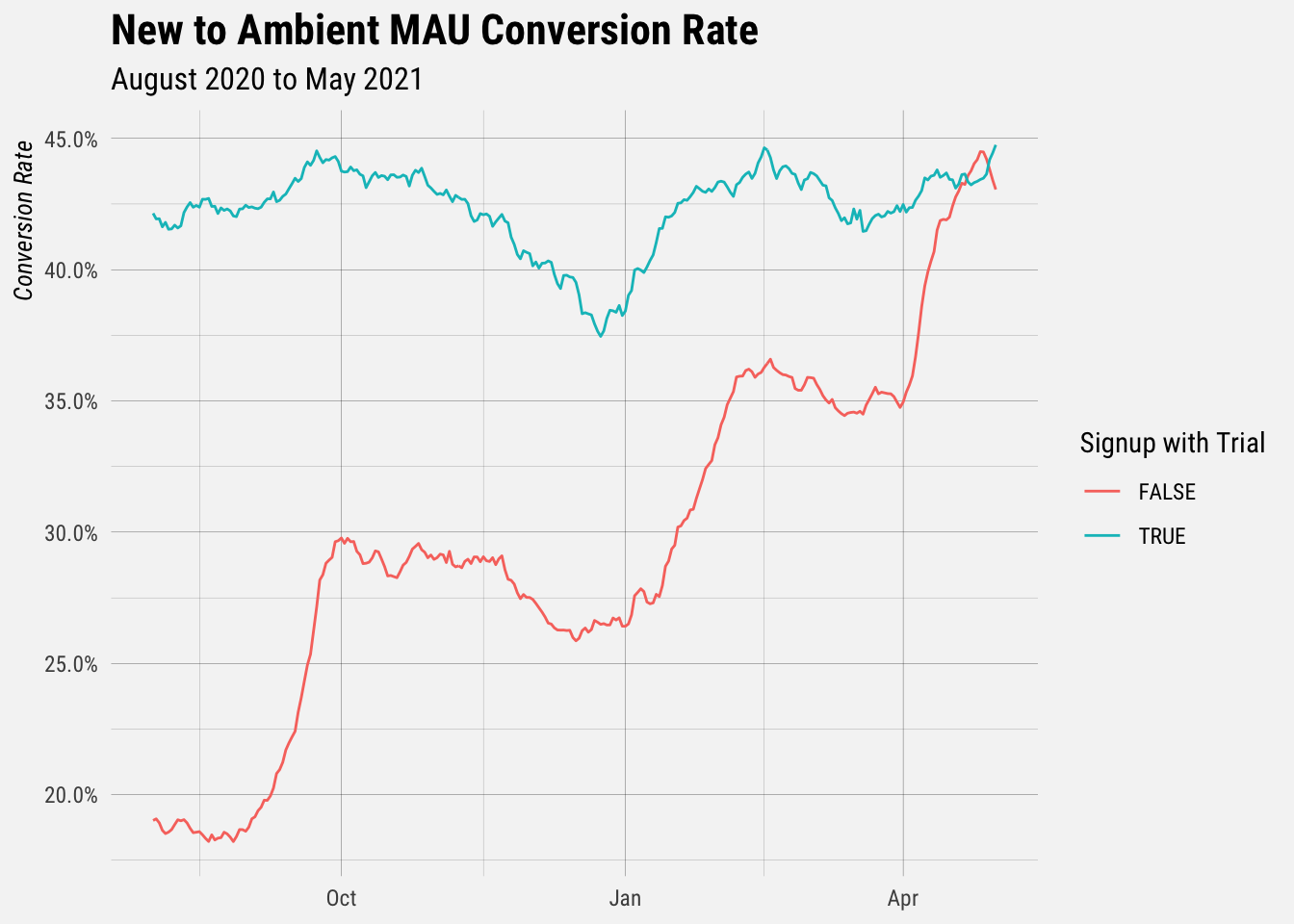 We can see that the increase in the new to ambient conversion rate is mostly due to users that signed up without trials.

Next we’ll look at the previous MAU category for ambient MAUs. Again we’re looking at the users’ categories 30-days prior to a given date. 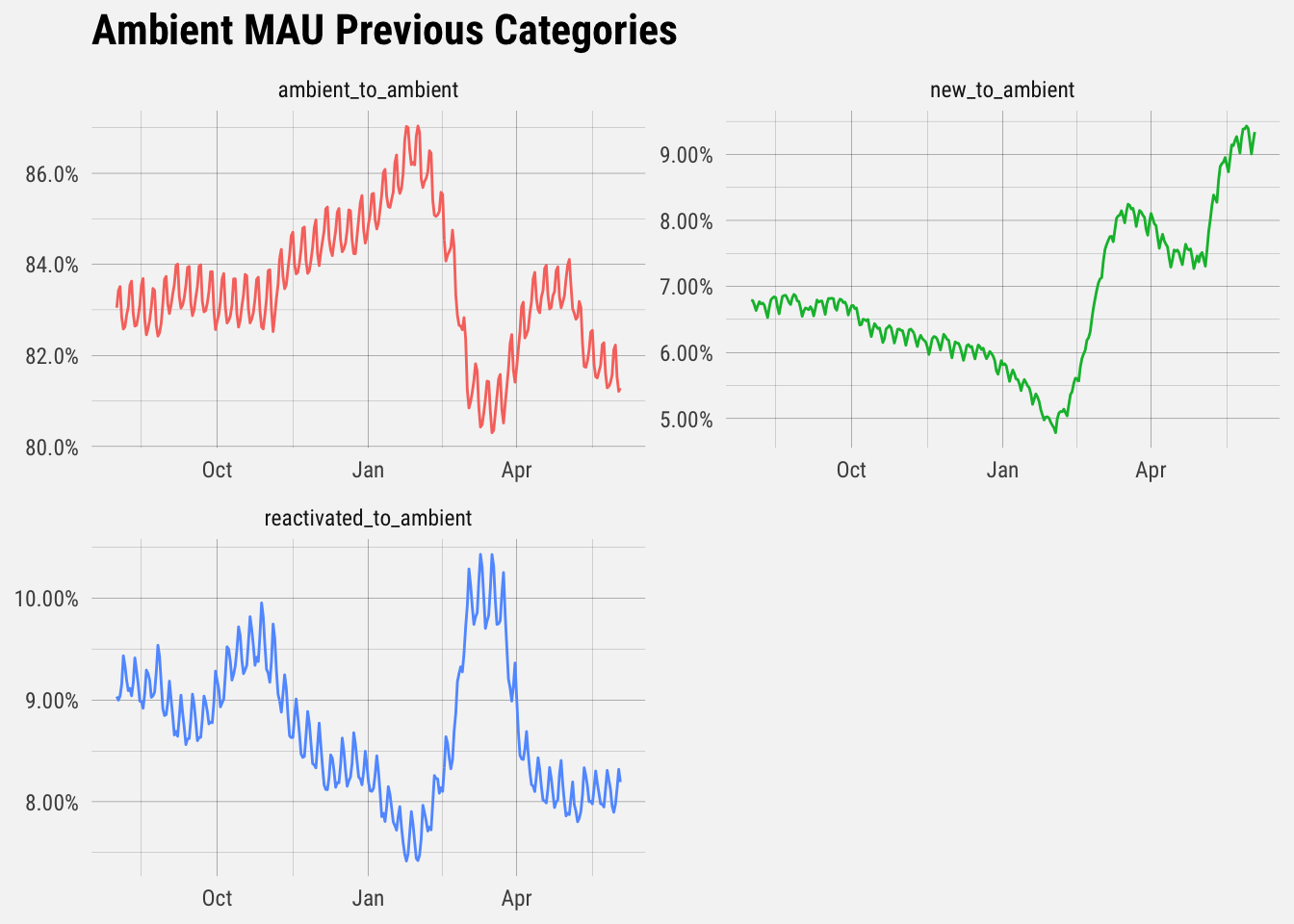 We’ll use the same approach to break down churn MAUs. 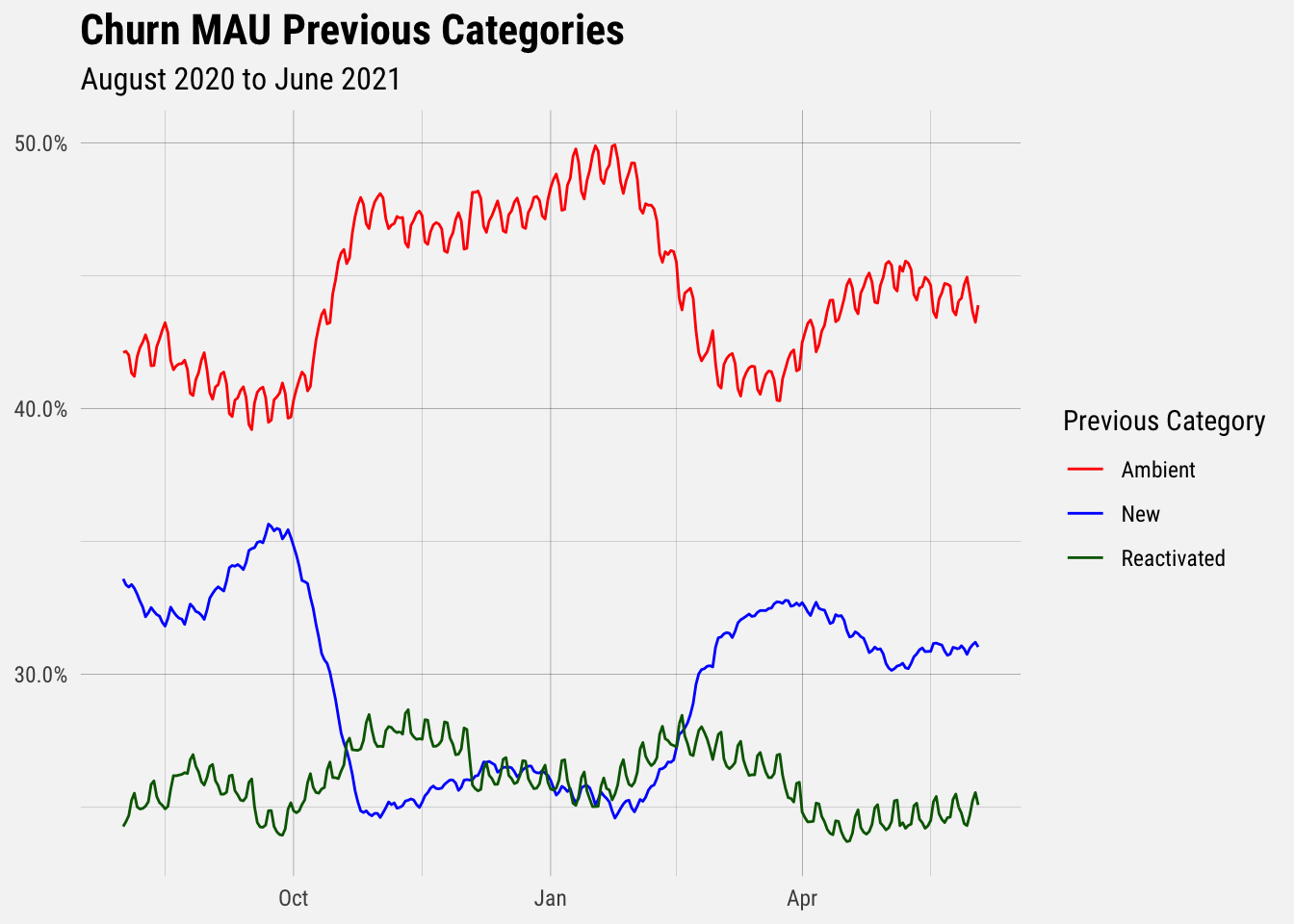 We can see that churned MAUs are mostly made up of previously ambient MAUs.