The Effect of Business Trials in New Publish

On May 8, we started putting all new-to-Buffer Business trialists in New Publish. In this analysis, we will attempt to detect any significant effect that this change has had on Business MRR. We’ll use the same methods used in a previous analysis of Pro trials in New Publish.

The goal of the Publish team is to have no significant negative impact on Business MRR.

Because there are known issues with trials data that are partially due to our business logic and Stripe implementation, we will focus on upgrades and MRR instead of trial conversions. I believe these are the metrics we care most about, and they will include the trialists.

We can quickly plot how Business Stripe MRR has changed over the past few months. 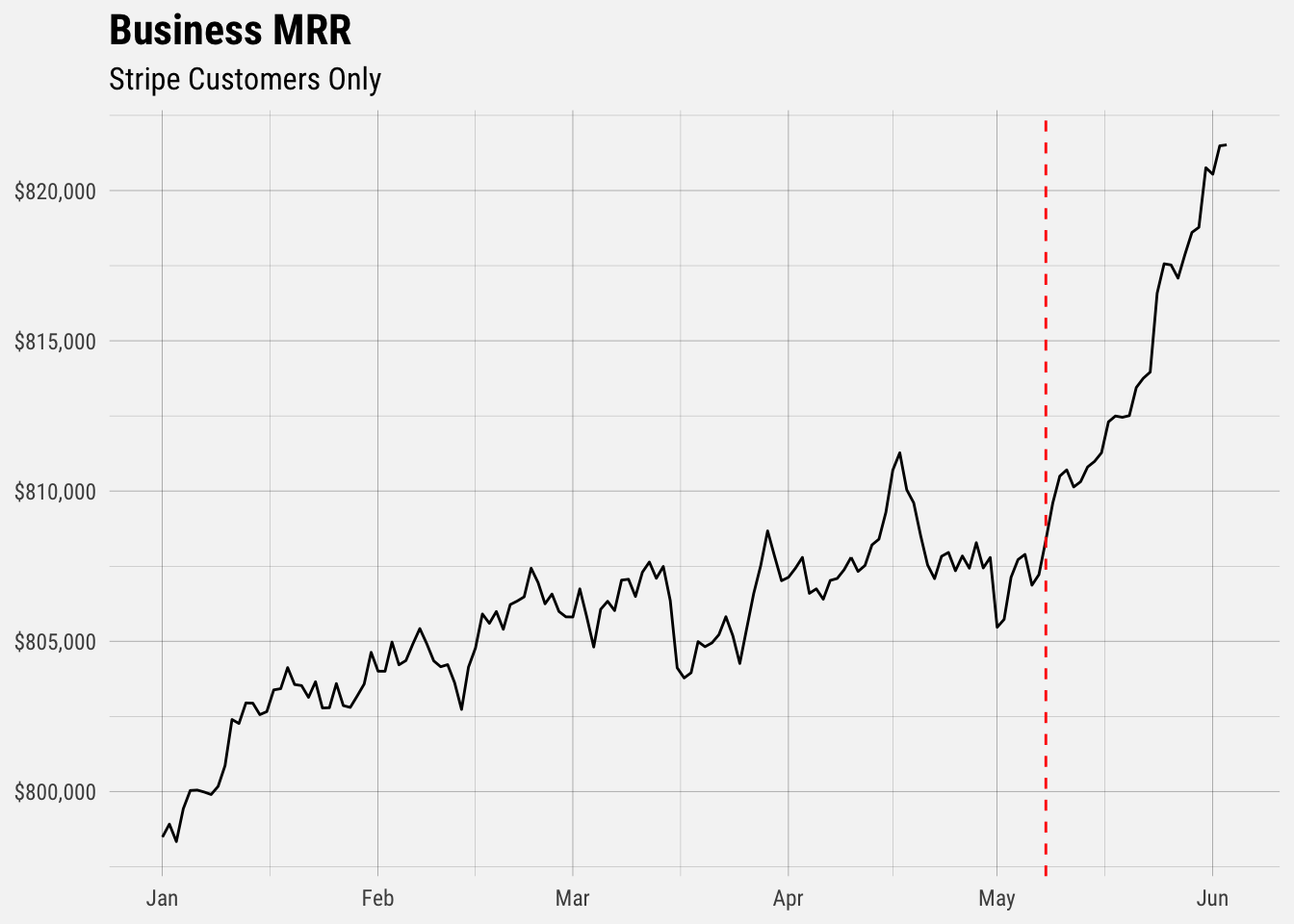 Wow. It seems pretty clear that there isn’t a negative impact. Let’s plot the daily growth of Business MRR. 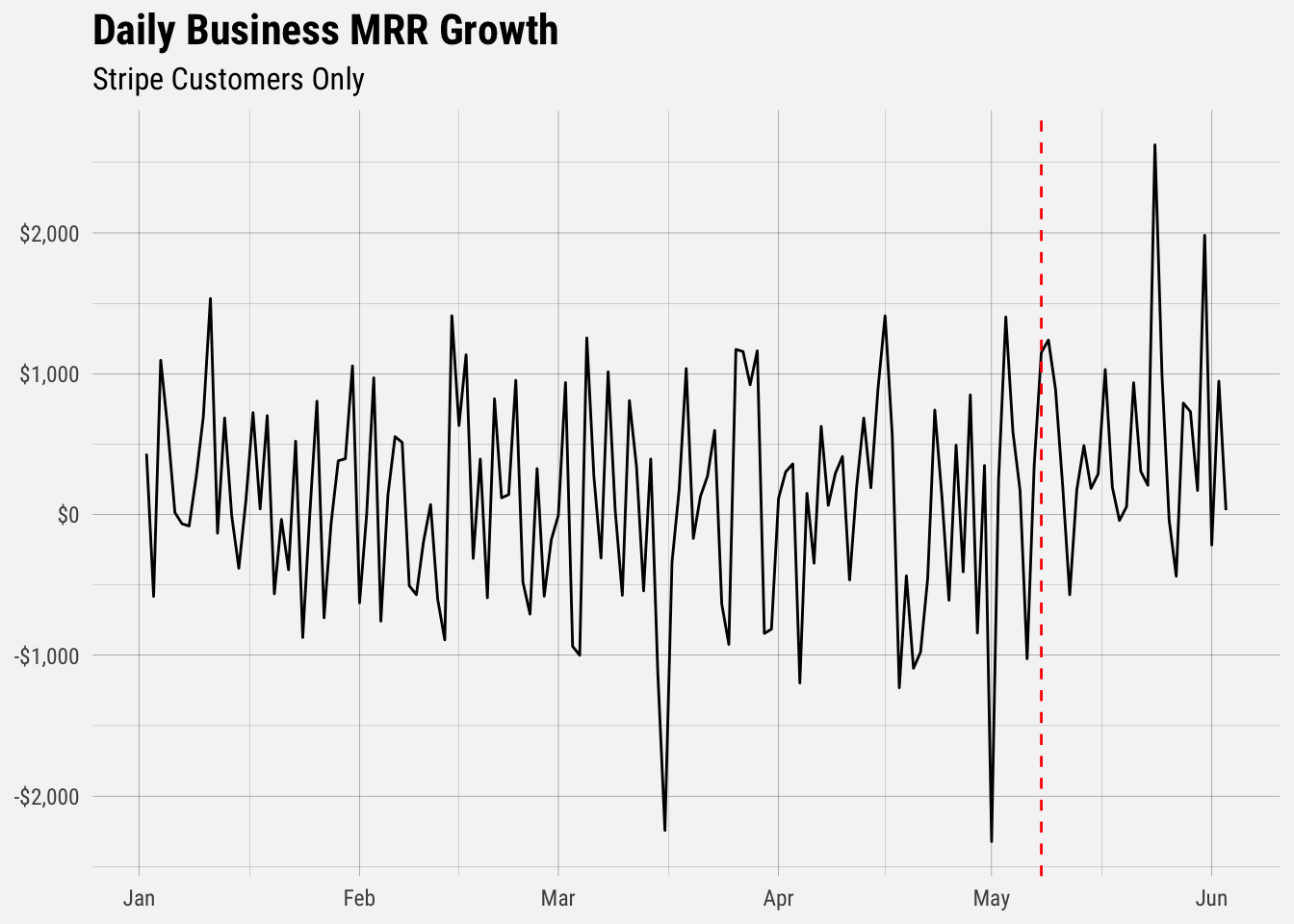 We can perform a Causal Impact analysis to see if there is evidence of a negative effect on Business MRR growth. We already know that there isn’t a negative impact, but let’s do it anyway for kicks and giggles.

We run the analysis using the CausalImpact command. 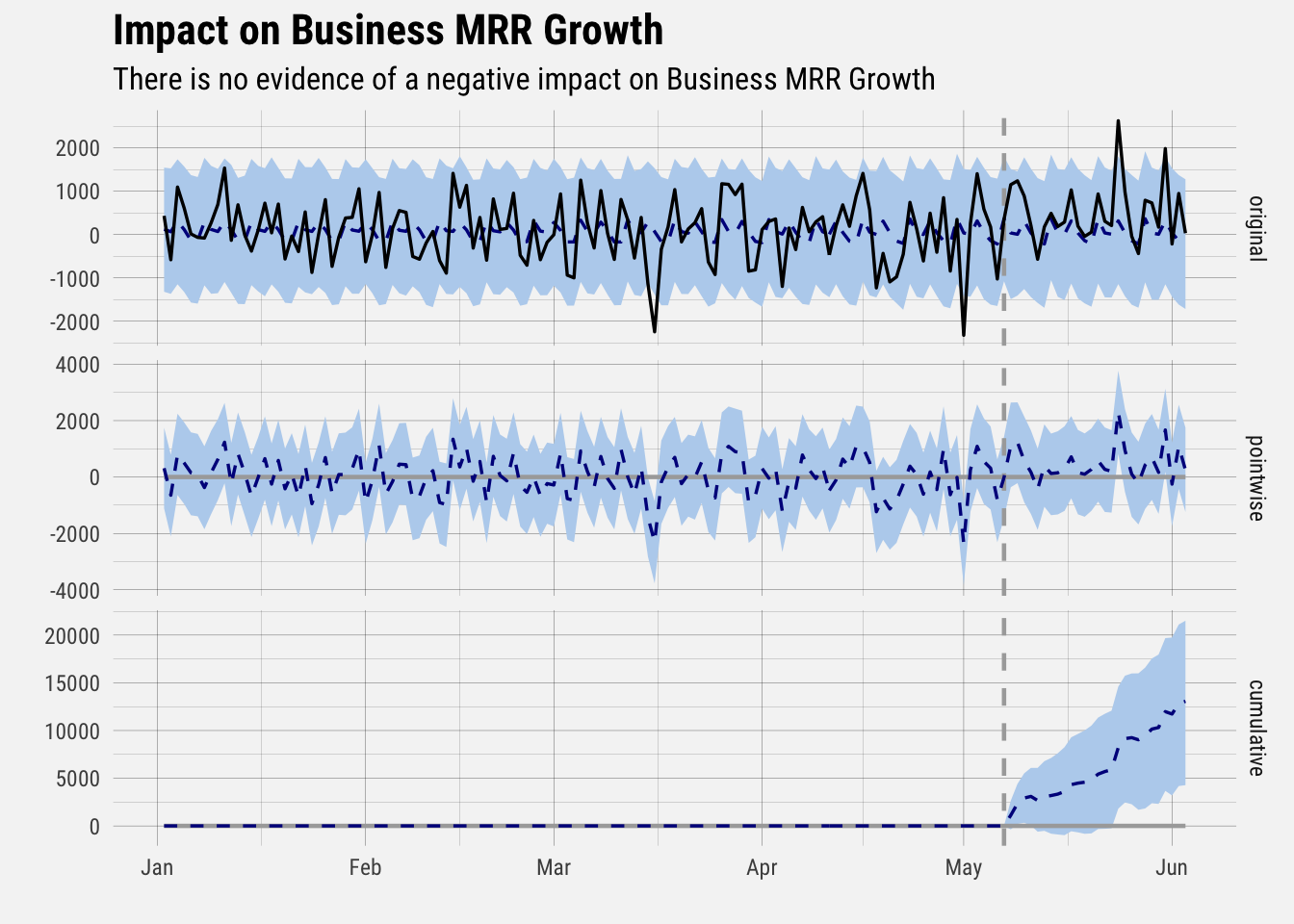 We should keep in mind that other changes have occurred around the same time period. We have introduced the Premium plan, launched Instagram first comment, and launched Shop Grid. A combination of all of these factors could be the actual cause of this recent positive trend.